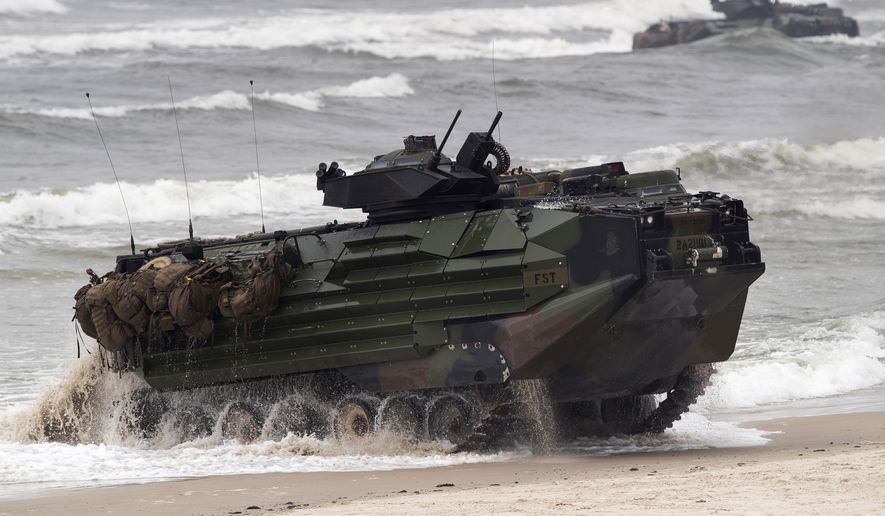 Eight military personnel remained missing at sea Friday nearly a full day after a US Marine amphibious assault vehicle sank in deep water off the California coast during training exercises.

Officials at Camp Pendleton in southern California said that one of eight Marines rescued in the mishap off the shore of San Clemente Island was declared dead after being taken to hospital and two more remained in intensive care.

The fate of seven other Marines and one sailor was unknown nearly 24 hours after the accident as rescue operations involving multiple aircraft and boats continued, said Lieutenant General Joseph Osterman.

The accident took place during routine training by the 15th Marine Expeditionary Unit in the area of San Clemente Island, in the Pacific Ocean about 65 miles (105 kilometers) west of San Diego.

The vessel, which was more than 1,000 meters off the island’s northwest coast, reported taking on water at around 5:45 pm Thursday (0045 GMT Friday).

There were 16 aboard the vehicle, which are armored and meant to carry troops from a ship to shore.

At the time, they were returning to their ship from the island, which is used exclusively by the military for training and as a ship-to-shore firing range.

“When the AAV began to take on water they signalled to the rest of the unit” that they were in trouble, said Osterman.

Two other AAVs and a safety boat accompanying them came to their aid, rescuing eight.

It was not known how many others, who carried heavy gear but had life preservers, got off the 26 tonne vehicle or may have been stuck inside.

It sank in several hundred feet of water, Osterman said, too deep for regular divers to reach it.

“The assumption is it went all the way to the bottom,” he said.

“Please keep our Marines, Sailors, and their families in your prayers as the search continues.”