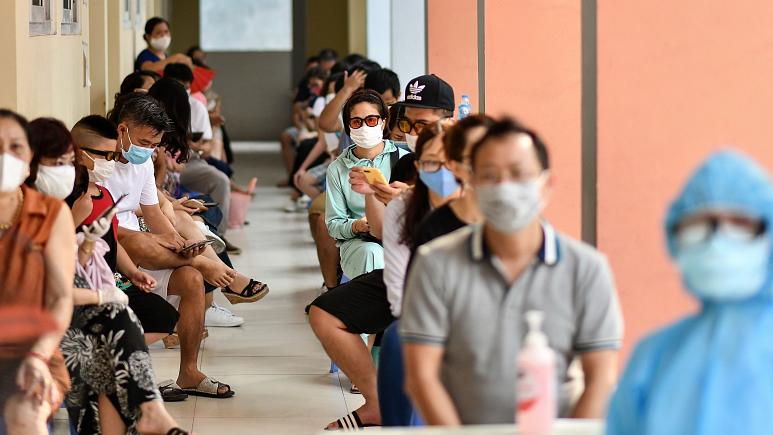 Vietnam has sprung into action to curb a new surge in coronavirus cases – after 45 new patients were counted on Friday.

The country has notably managed to keep the pandemic under control within its borders, with no cases of local transmission detected for 99 days, from mid-April to mid-July.

However, the virus reappeared last weekend in Da Nang, a popular tourist resort in the centre of the country.

The origin of this new outbreak has not yet been determined. Since then, the epidemic has spread to several cities, including the capital Hanoi, where two cases have been reported.

In one week, about a hundred new patients have been registered throughout Vietnam, including “45 on Friday alone”, the authorities said.

A field hospital is being set up in Da Nang in case the epidemic worsens, according to the official media.

Some 21,000 residents of the capital, who recently stayed in the seaside resort, are in the process of being tested. Bars are closed and large gatherings have been banned since Wednesday.

The majority of Da Nang’s 1.1 million residents have been told not to leave their homes unless absolutely necessary, and connections to the city have been disrupted.

The World Health Organization (WHO) has repeatedly highlighted the speed with which Vietnam is responding to try to control the outbreak.

Shortly after the first patients were detected in January, Vietnam, which shares a long border with China, implemented a strict quarantine policy and tens of thousands of people ended up in military-guarded camps across the country.

Vietnam has recorded 509 cases so far, and zero deaths.