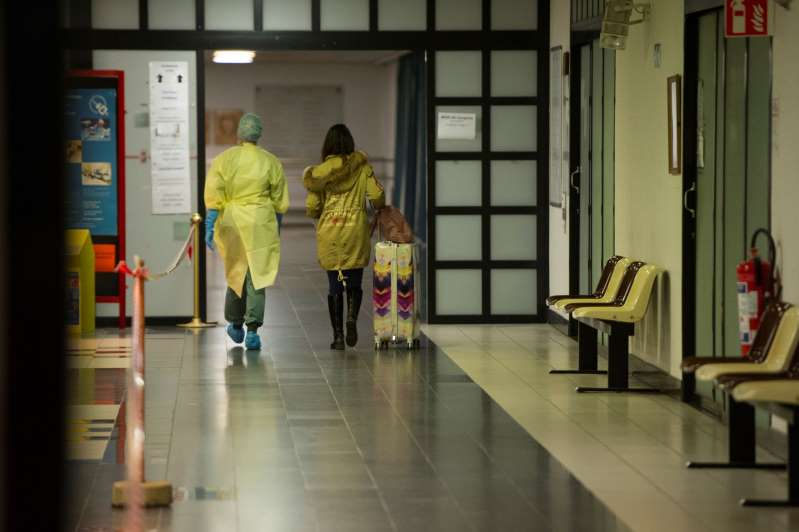 The number of Brussels municipalities which exceed the alarm threshold for novel coronavirus infections has jumped from four to ten in 24 hours.

The latest figures by federal health institute Sciensano on Friday show that an additional six municipalities in Brussels had now gone over the alarm threshold of 20 cases per 100,000 inhabitants in a 7-day period.

On Thursday, only four municipalities were above the threshold: Ganshoren, Berchem-Sainte-Agathe, Watermeal Boitsfort and Saint-Gilles.

Despite the hike, the municipality with the highest incidence of new infections, Ganshoren (40) is still well behind Borsbeerk, in the outskirts of Antwerp, which leads in Belgium with 203 infections/110,000 inhabitants.

Infections in Brussels are increasing at a slower rate than in virus-hit Antwerp, with the former recording a jump of 50% in the last seven days, compared to Antwerp’s 663% increase over the same period.

While so far no municipality in Brussels has broken into the top 50 of places in terms of new infections, the hike on Friday coincides with warnings from health professionals that the situation could worsen in the capital region.

Additionally, Sciensano’s incidence rate calculations do not include the numbers from the actual three previous days, due to the delay needed to treat incoming new data, meaning the actual figures could be higher.

On Thursday, a Brussels doctor said that an increasing number of patients were testing positive in his hospital and warned that an Antwerp-like scenario could lie not far away.

The hike in the number of new infections in the city also coincides with news that infection clusters had been detected in at least five Brussels nursing homes, out of the capital’s total 146.

Regional Health Minister Alain Maron said that all residents and staff in the four centres had been or would be subject to a coronavirus test.