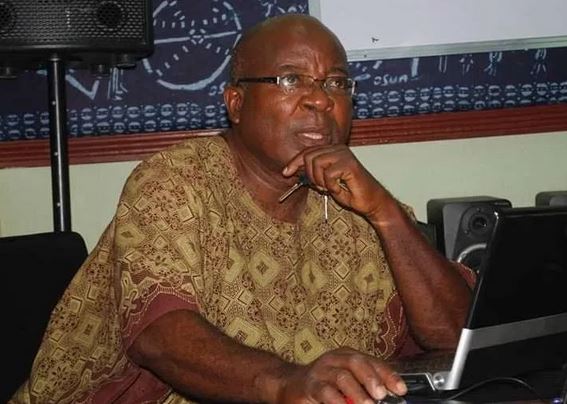 His death was confirmed by the former President of Nigeria Union of Journalists (NUJ), Lanre Ogundipe.

Mr Thomas died in the early hours of Thursday.

His death was confirmed by the former President of Nigeria Union of Journalists (NUJ), Lanre Ogundipe.

The deceased, who worked at the Ogun State Broadcasting Corporation as a DJ/Producer, and later with Radio Germany, was said to have died while being rushed to the hospital, following a sudden health challenge.

Mr Thomas returned from Germany some years ago to establish a community radio station, Cowrie FM, in Ogun State.

As the news of his death spread in Abeokuta, his colleagues and friends rushed to his private residence in the town to commiserate with the family.

A broadcaster who worked together with the deceased at the Ogun State Broadcasting Corporation, Sesan Ekisola, was one of the visitors to Mr Thomas’ residence.