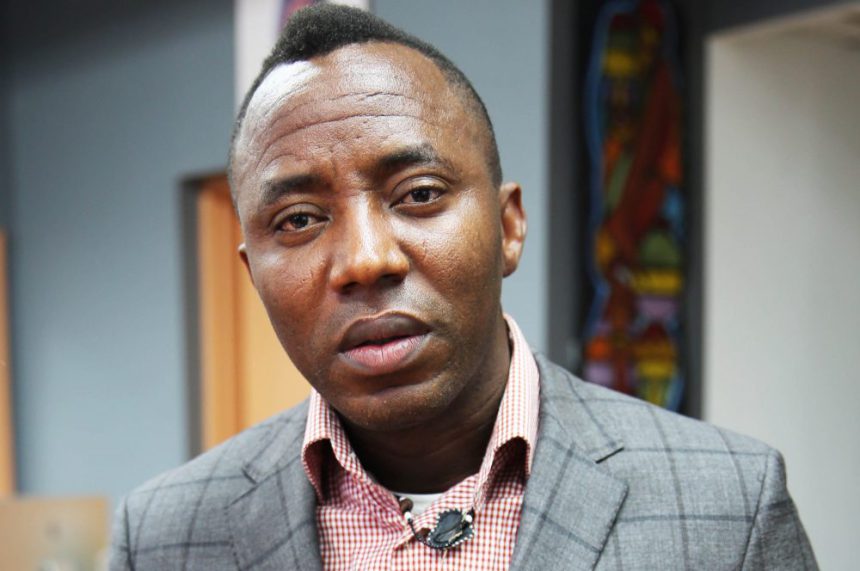 Convener of #RevolutionNow Movement, Omoyele Sowore has reacted swiftly to the decision of President Muhammadu Buhari to renames various train stations after some prominent Nigerians .

It reported that President Muhammadu Buhari on Monday approved the renaming of several train stations after many “prominent Nigerians”.

Minister of Transportation, Rotimi Amaechi, disclosed this in a statement released by the ministry’s Director of Press, Eric Ojiekwe. The statement noted that the deserving citizens have contributed to the progress and development of their respective communities and the nation at large.

Earlier in June, the President had approved the naming of the Railway Complex in Agbor – the operational hub of the Itakpe-Warri line – after former President Goodluck Jonathan.

Reacting to the latest Development, Sowore via his Official Social media handle mocked the decision of the presidency.

Everywhere you turn in #Nigeria, a street had been named after a thief,a boulevard for a coward, an army barrack bequeathed to a murderer, an airport for a Génocidaire, a magnificent building for a judge who perverted justice…When are we toppling these statutes? #Revolutionnow