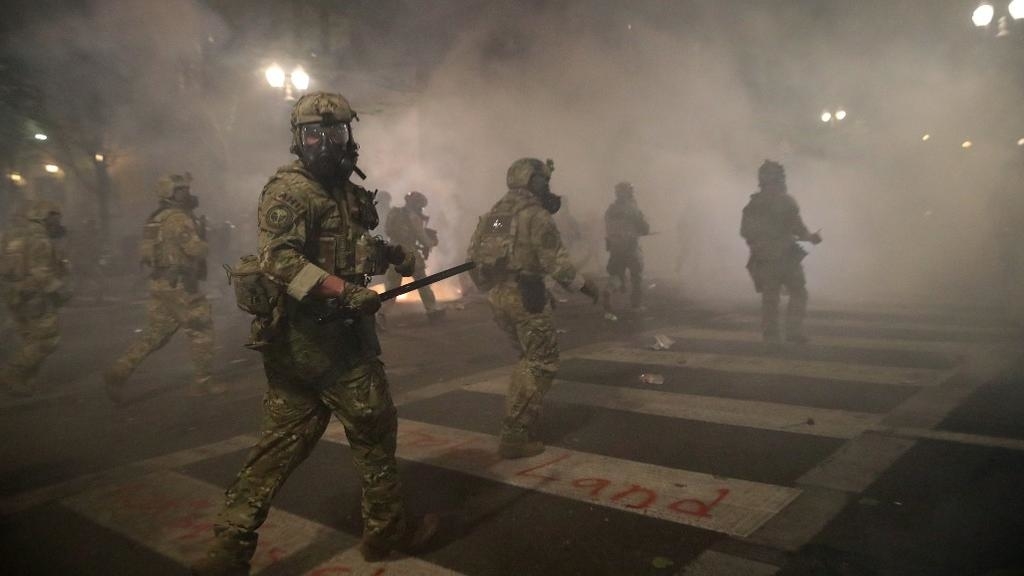 Six U.S. mayors, all Democrats, urged Congress on Monday to halt President Donald Trump’s deployment of federal forces to their cities, saying the move has escalated tensions at anti-racism protests spreading across the country.

The request came on the same day the U.S. attorney for Oregon announced the arrest of 22 people on charges stemming from clashes with federal and local police at the federal courthouse in Portland.

Federal agents dispatched to Portland, Oregon, have drawn national attention for whisking away demonstrators in unmarked cars, beating a U.S. Navy veteran and tear-gassing activist mothers and the city’s mayor.

“We call on Congress to pass legislation to make clear that these actions are unlawful and repugnant,” the Democratic mayors of Portland, Chicago, Seattle, Albuquerque, New Mexico; Kansas City, Missouri; and Washington, D.C., wrote in a letter to the leaders of both parties in the Senate and House of Representatives.

The appeal followed a surge in Black Lives Matter protests over the weekend, with an escalation in violence and the appearance of white supremacists and an armed Black militia.

One person was shot dead at an Austin, Texas, protest on Saturday and two others were struck by gunfire at demonstration in Aurora, Colorado on Sunday.

In Seattle, police declared a riot and arrested 45 people during a protest over the deployment of federal agents to Portland and a standby force to Seattle. Protesters in Los Angeles clashed with officers in front of the city’s federal courthouse.

After violence in Oakland, California, during a protest on Sunday, Mayor Libby Schaaf condemned “agitators” for vandalising the downtown and giving Trump the “images he wants” to justify sending federal agents into U.S. cities.

Trump has said that federal forces are necessary to restore order to cities such as Portland, saying local officials have been unable or unwilling to intervene.

The 22 people whose arrests were announced on Monday were charged with various federal offenses stemming from protests on July 23, 24, 25 and 26, including assaulting federal officers and harassing and stalking federal employees.

The U.S. Marshals Service on Monday tweeted it was lining up personnel to send to Oregon.