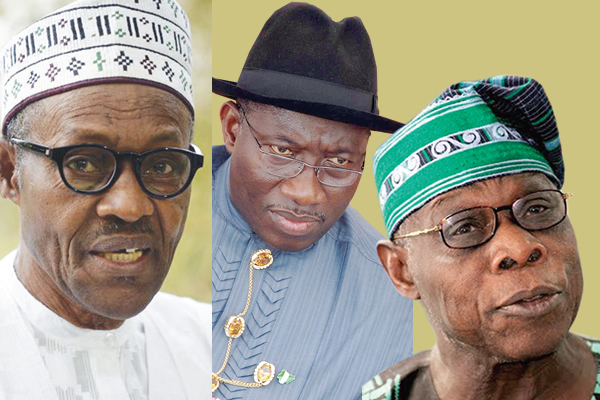 A storm of reactions by Nigerians has greeted President Muhammadu Buhari’s decision to omit former President Olusegun Obasanjo’s name from the names of prominent Nigerians who go railway stations named after them.

Naija News had reported earlier that President Buhari on Monday approved the renaming of several train stations after many “prominent Nigerians”.

The development was disclosed in a statement released by the Ministry of Transportation.

According to the statement, the “deserving citizens have contributed to the progress and development of their respective communities and the nation at large.”

Moments after the list went viral, Nigerians took to the micro-blogging site, Twitter to air their opinions on the obvious absence of former President Obasanjo from the list.

FLASH: President @MBuhari names some railway stations along the Lagos-Ibadan and the Itakpe-Ajaokuta-Warri corridors after deserving Nigerian citizens.

Olusegun Obasanjo so failed that no government in Nigeria has deemed it fit to name anything in his name. Even Lagos-Ibadan Railway that passes through Ogun state, iyabo name still miss out. Aremu Olusegun Obasanjo was a monumental failure.

Don't be ridiculous!
Obasanjo doesn't need a railway named after him for his Legacy to be secure!
That's a legend already. He is certainly not a saint, but by all standards one of the greatest Nigerians that has lived and walked this land. No apologies.. https://t.co/NIL68QeMWO

Obasanjo’s Legal Team on their way to Aso Rock to find out why a station was not named after him pic.twitter.com/Fb48vLmHQy

If you have ever buried meat🍗under a plate of rice 🍝and still put one on top……. let's gather here and ask for mercy 😂😂😂😂#bbnaijialockdown #lagos
Toke Makinwa | Bolanle | Funsho Williams | Fashola | Obasanjo | Genevieve | RIP Izu

Let forget that Obasanjo’s name was omitted deliberately but the most amusing station is the one that bears Aremo’s name ;Olodo station. pic.twitter.com/iiquNwH3vK