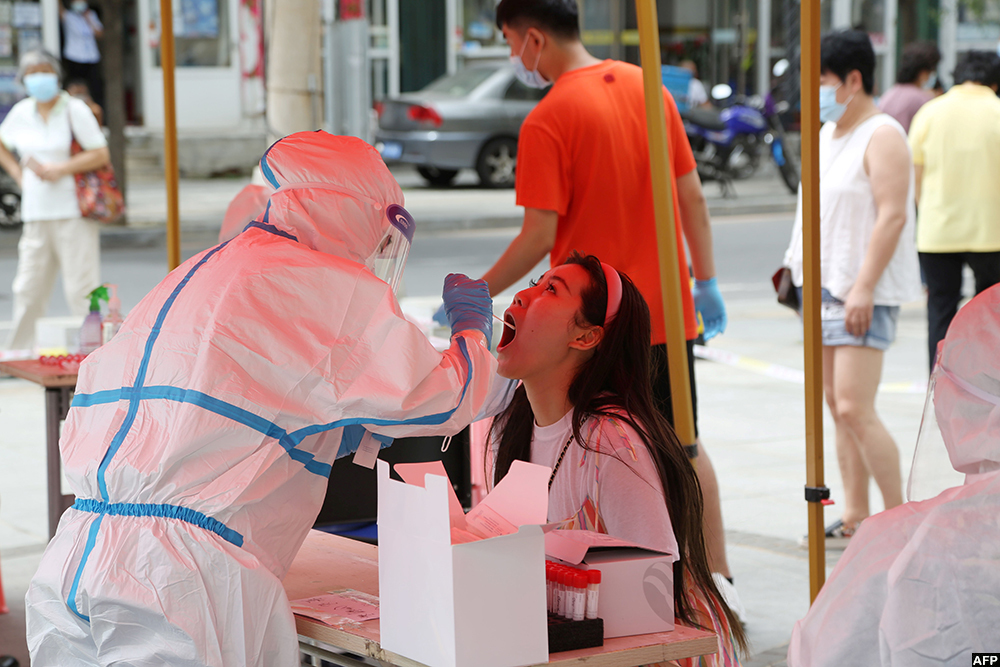 China on Monday reported its highest number of coronavirus cases in three months, part of a worrying swell of second and third-wave infections that are hitting Asia and Europe.

Australia has been rocked by its deadliest surge since the start of the pandemic, Hong Kong is experiencing record daily numbers and Spain’s caseload has tripled in the last fortnight.

Meanwhile, other regions are still battling their first waves after never getting the virus under control: the US alone has recorded almost 4.23 million cases of COVID-19, while infections in Latin America and the Caribbean surged on Sunday to briefly overtake North America’s total for the first time.

Worldwide the confirmed case count has passed 16 million, although experts believe that figure is vastly short of the true number. One study in New Delhi found a quarter of people tested had contracted the virus, amounting to 4.7 million in the Indian capital alone.

China — where the coronavirus was first reported in December last year — recorded 61 cases on Monday, the highest daily figure since April.

The second-wave surge was propelled by clusters in separate regions, and authorities have declared “wartime mode” lockdown measures to combat the spread of the deadly contagion.

Most of the 57 new domestic cases were in the far northwestern Xinjiang region, where an outbreak in the regional capital Urumqi occurred in mid-July.

A second programme of mass testing was launched Sunday in the city of 3.5 million people to check residents who had previously tested negative, with 2.3 million people screened so far.

Chinese authorities have also rolled out mass testing for hundreds of thousands in the northeast port city of Dalian where a fresh cluster broke out last week.

Australia on Sunday suffered its deadliest day since the pandemic began, with 10 fatalities and a rise in new infections despite an intense lockdown effort.

And on Monday the country recorded its highest number of daily cases of at least 549, more than Wednesday’s high of 501 with some states still to report their numbers.

Daniel Andrews, premier of Victoria state where the latest outbreak is centred, begged anyone sick to stay at home.

In Hong Kong, which seemingly had a lid on local transmissions for weeks, new infections have snowballed sparking fears the latest outbreak is spreading out of control.

More than 1,000 infections have been confirmed since early July — more than 40 percent of the total since the virus first hit the city in late January. Eighteen people have died.

The city said it will stop most ships from changing crews in the densely populated territory from Wednesday to cut back on quarantine exemptions blamed for causing a third wave of cases.

And Spain, where more than 28,400 have lost their lives, has also witnessed a recent surge in cases with nearly 1,000 on both Thursday and Friday, although the government insisted the country was safe to visit and was not experiencing a second wave.

London sparked a spat with the Iberian country, hugely popular with British holidaymakers, after it announced passengers arriving from Spain should spend a fortnight in isolation.

However, Britain defended its decision with Foreign Secretary Dominic Raab telling Sky News: “We can’t make apologies for doing so… We must be able to take swift, decisive action.”

As worldwide infections passed 16 million, Latin America and the Caribbean totalled more than 4.34 million, according to an AFP tally, briefly surpassing North America, where the United States remains the hardest-hit country in terms of both caseload and death toll.

But North America soon moved ahead again, as the US recorded more than 55,000 new cases in 24 hours for a total of nearly 4.23 million.

In Latin America, Brazil is the worst-hit country with almost 2.42 million cases and more than 87,000 deaths.

There have also been increases in infections in Mexico, Peru, Colombia and Argentina, all of which are trying to resume economic activities.