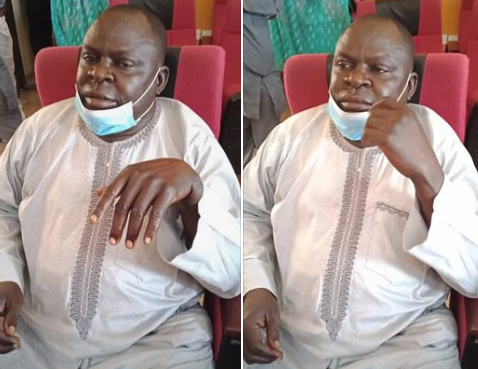 During his trial, prosecution counsels, A. M. Labaran and A. Y Muntaka called four witnesses and tendered several exhibits, in order to prove the case.

Adamu, a former chairman of Shongom Local Government Area of Gombe State, was arraigned on March 9, 2015 on a seven- count charge bordering on fraud, cheating and money laundering to the tune of N97, 640, 000.00. When the charges were read to him, he pleaded not guilty, prompting the EFCC to prosecute him for the last five years. During the trial, prosecution counsels, A. M. Labaran and A. Y Muntaka called four witnesses and tendered several exhibits, in order to prove the case.

Adamu’s journey to prison began when TICAN Engineering Enterprises petitioned the Gombe zonal office of the EFCC on May, 9, 2011, on allegations bordering on fraud, cheating and money laundering to the tune of N97, 640, 000 by way of inflation of contracts for rural electrification of Keffi; Kwara; Gangamari; Daja; Gurwa; Gundale; Bebbulo, Kuka, and Damjigiri areas of Shongom Local Govt., from N66, 000, 000 which was initially approved by the Tender board of Gombe to N97.6million.

Justice Joyce Abdulmalik of the Federal High Court, Ibadan yesterday sentenced Gabriel Adekola Oluokun, to 20 years in jail for defrauding a Taiwanese of $22,300.

The Ibadan Zonal Office of the EFCC prosecuted the convict on a six-count amended charge of obtaining money by false pretence for which he was found guilty and convicted. Oluokun’s journey to prison started when the commission received a petition from one Nduka Lucious in which he alleged that the convict collected the sum of $22,300 from him in three installments to supply 100 metric tonnes of sesame seed to one Victoria Xhung, a China-based Taiwanese businesswoman, whom the petitioner represents in Nigeria.

After reviewing arguments of the prosecution team of Ben Ubi, Oluwatinuwe Daramola and Mabas Mabur and that of the defense team, Abdumalik convicted the defendant on counts one to four of the charges, sentencing him to five years on each of the four counts, which are to run concurrently and discharged and acquitted him on counts five and six. Aside the prison term, the convict is to restitute the sum of $22,300 with the caveat that the jail term will be extended by two years if he fails to make repayment.