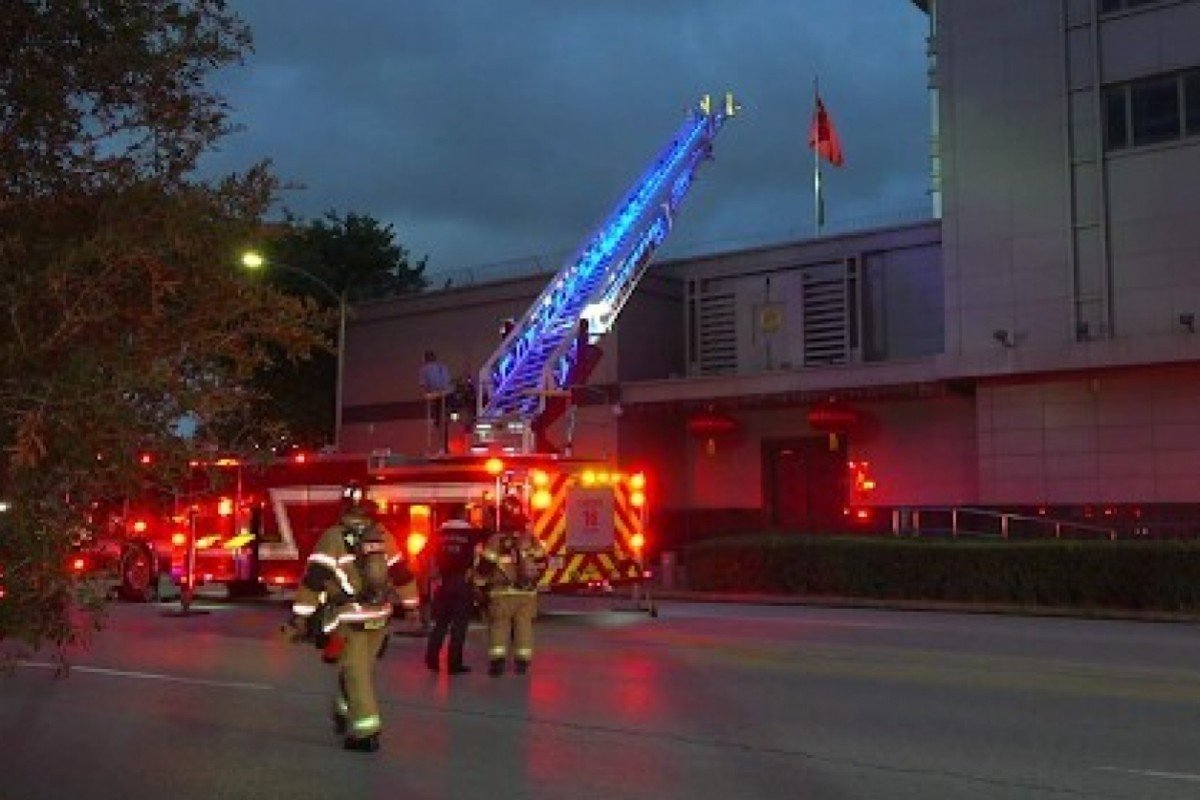 The US on Wednesday confirmed that it ordered China to close its consulate in Houston “to protect American intellectual property” and the private information of Americans. China had condemned the move and threatened retaliatory measures.

“The United States will not tolerate [China’s] violations of our sovereignty and intimidation of our people, just as we have not tolerated (its) unfair trade practices, theft of American jobs, and other egregious behavior,” said a brief statement attributed to State Department spokesperson Morgan Ortagus.

China condemned the move, the latest in a series of steps by the Trump administration as it ratchets up pressure on the world’s second-largest economy over trade, technology, human rights and security.

Chinese foreign ministry spokesperson Wang Wenbin called it “an outrageous and unjustified move that will sabotage relations between the two countries.”

He warned of strong countermeasures if the US does not reverse its decision. The consulate was informed of the decision on Tuesday and given three days to close, said Wang.

“The unilateral closure of China’s consulate general in Houston within a short period of time is an unprecedented escalation of its recent actions against China,” Wang said at a daily news briefing in Beijing.

China was considering closing the US consulate in the city of Wuhan, where the coronavirus outbreak began, an unnamed source told Reuters.

Besides its embassy in Beijing, the US has five consulates in mainland China, according to its website. They are in Shanghai, Guangzhou, Chengdu, Wuhan and Shenyang.

Officers respond to fire at consulate

On Tuesday night, Houston authorities responded to reports of a fire at the Chinese consulate. Witnesses said that people were burning paper in what appeared to be trash cans, the Houston Chronicle reported, citing police.

Police were told that occupants were given until 4 pm Friday to leave the property, the Chronicle said.

Houston police said in a tweet that officers responded to “a meet the firefighter” call at the Chinese Consulate building at 3417 Montrose Blvd. The tweet said that smoke was observed in an outdoor courtyard area, and that officers were not allowed to enter the building.

The news of the Chinese consulate closure ruffled financial markets with a bout of risk aversion in European stock trading.

Relations between the two countries have deteriorated since the coronavirus outbreak spread across the globe earlier this year. The US and China have clashed recently over trade, technology, Chinese expansionism in the South China Sea and its human rights violations, including its treatment of ethnic Uighur Muslims and the imposition of a national security law on Hong Kong.