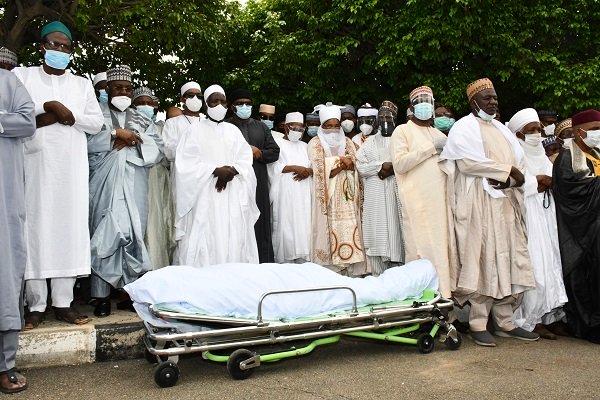 A great friend of President Muhammadu Buhari who died yesterday has been buried.

Isa Funtua, the late founding President of the Newspaper Proprietors Association of Nigeria (NPAN) and former Managing Director of the Democrat Newspapers, has been buried.

He was buried on Tuesday at the Gudu Cemetery at Abuja.

The late elderstatesman died of cardiac arrest on Monday night at 78.

The Salat-al- Janazah was held before his burial at the Shehu Shagari Central Mosque, Area 1, Garki, Abuja.

It was preformed by the Chief Imam Area 1 Mosque, Sheikh Abdulahi Bala Yau.

Prayers were offered at his grave by the Chief Imam of National Mosque, Abuja, Dr Kabir.

Those at the burial were the Publisher Abuja Enquirer Dan Akpovwa; Publisher Leadership Newspaper Noah Isaiah and Mohammed Idris of Blueprint Newspaper.