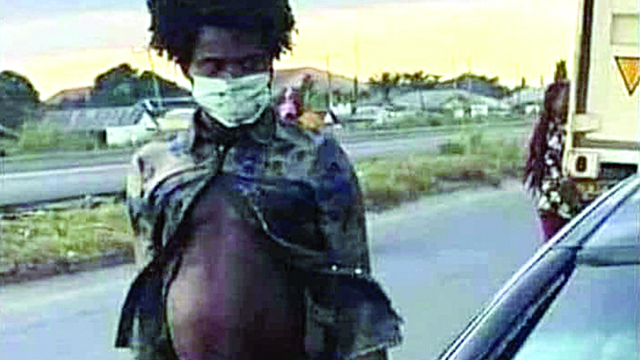 As Nigerians continue to grapple with the coronavirus pandemic, there has been an unusual increase in the number of mentally unstable persons on Enugu roads, especially the market road and the University of Nigeria, Nsukka (UNN) environs in Enugu State.

On the Ogige Market road down to Total Roundabout, there are close to 10 mentally unstable persons walking the streets, some unclad, others in tattered clothes.

The Guardian gathered that some of these mentally ill persons had been roaming the streets of Nsukka long before the pandemic struck, while there was no effort by the government to keep them away from the streets and place them in confinement.

According to Mrs Hawau Nneoma, a retailer on the University Market road, some of them migrated to Nsukka because some time ago, she recalled one of the lunatics regained her senses and she was traced to a neighbouring village.

“But the recent spate of insane persons is troubling. One of my regular customers ran mad and till date, nobody can say what could have caused her madness. That many of them parade around the popular university doesn’t mean they had a thing to do with UNN before they became mentally unstable.”

Melugbo Ejike Vincent, a trader at Ogige Market, said the state government has been negligent in ridding the area of mental health persons who also pose a risk to the lives of residents and passersby.

“As the numbers are growing, leading to an eyesore in a major university community, the government should be proactive by putting them in a confined home where psychological treatment is given to them.”

Mr Odo Ifeanyi, one of UNN security personnel, said they usually chase the sick person away from entering the university, “but some of them still find their way into the university bush paths.”

Explaining the reasons behind the recent surge in mad men prowling the streets, Mrs Ojiugo Enibe, a social scientist at the university, revealed that some of the cases are caused by some traditional practices, which are rife among indigenes of the area.

According to her, “some of them are taken to shrines, for instance, whenever a case of adultery is suspected. If a lie is told at the shrine, the liar might lose his or her sanity. Some others who roam the streets were dedicated to the shrine and so as they grow, they live abnormally.

“A few of the younger ones could be traced to students suffering from low academic performance, overstay in school, lack of financial support, and indulging in hard drugs.”

A lecturer in the Department of Psychology, Echa Jeremiah, said that Nigeria has a grave deficit of medical doctors. “For every 5,100 patients in the country, there is only one doctor available. In mental healthcare, the numbers are grim. For every 800,000 patients, there is only one available psychiatrist, according to figures from the Association of Psychiatrists in Nigeria.

“When you add the gross lack of medical personnel and institutional support to the negative cultural stereotypes, having a mental health challenge in Nigeria can be almost impossible to deal with.”