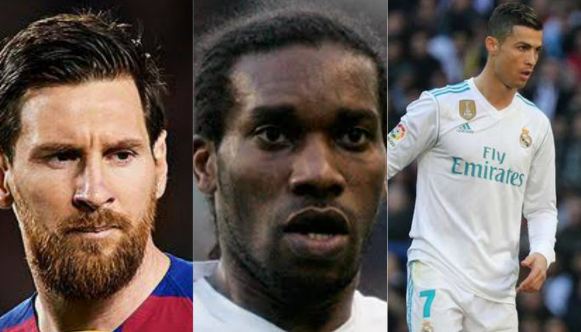 A voting list named ‘Best Free Kick Takers in Football’ organized by thetoptens.com has voted the top 30 best freekick takers in the history of the sport.

On the list, Cristiano Ronaldo was ranked higher than his rival Lionel Messi, while African football legend, Jay-Jay Okocha is the only African on the list

The voting list named ‘Best Free Kick Takers in Football’ is organized by thetoptens.com and allows supporters to vote on the players they think are the greatest free-kick takers of all time.