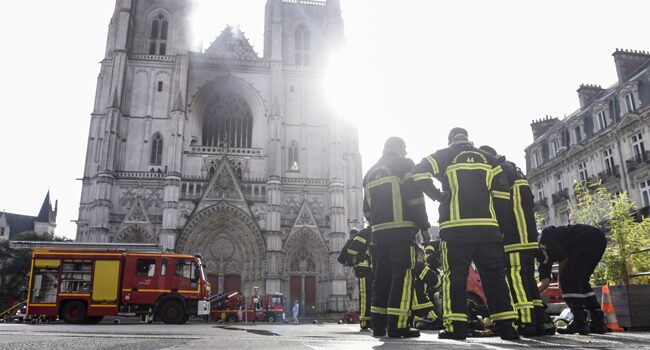 French investigators are questioning a man who worked at the cathedral in the city of Nantes in connection with a fire that badly damaged the structure, a prosecutor said on Sunday.

The man “was responsible for closing the cathedral on Friday evening and investigators wanted to clarify certain elements of the schedule of this person”, prosecutor Pierre Sennes told AFP. But he emphasised that “any interpretation that could implicate this person in what occurred is premature”.

Prosecutors launched an arson investigation on Saturday after the fire, which broke out in three places at the gothic Cathedral of St Peter and St Paul in Nantes, France.