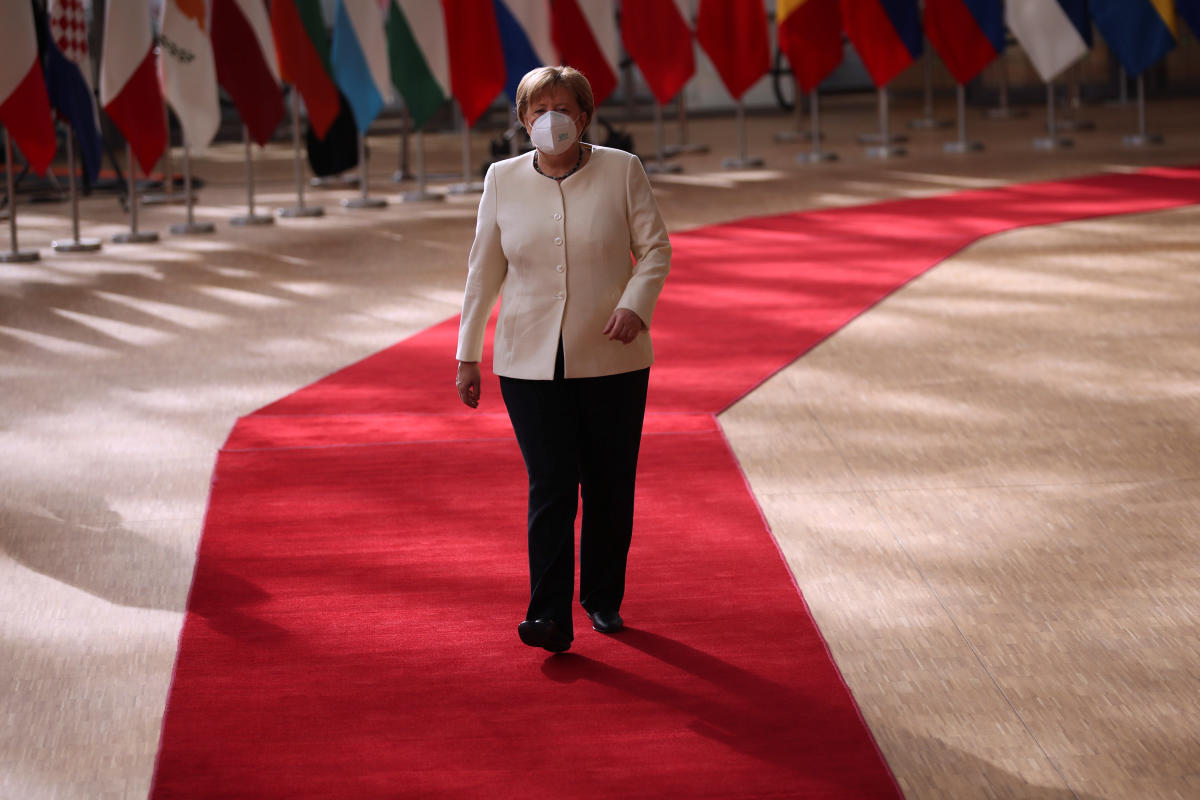 Germany’s Chancellor Angela Merkel warned that EU leaders may fail to reach an agreement on Sunday on a huge post-virus recovery plan for the shattered European economy.

Arriving for the third and what she said was probably the “decisive” day of an extraordinary European summit, Merkel said the 27 leaders had “many positions” on the size of the fund, on rules for accessing it and on tying it to respect for the rule of law.

“I still can’t say whether a solution will be found,” she said. “There is a lot of good will… but it may also be that no result will be achieved today.”

Merkel was due to join French President Emmanuel Macron and the president of the European Council, summit host Charles Michel, to prepare a new offer to break the logjam after Dutch Prime Minister Mark Rutte and his “Frugal Five” allies blocked a deal.

Michel had proposed a 750-billion-euro package of EU loans and grants to help member states recover from an historic coronavirus recession, but Austria sees the package as too big and the Netherlands wants member states to be able to veto national spending plans.

The rest of the 27 EU leaders were due to meet again in the full summit format from noon (1000 GMT) and talks could yet go late into the night.