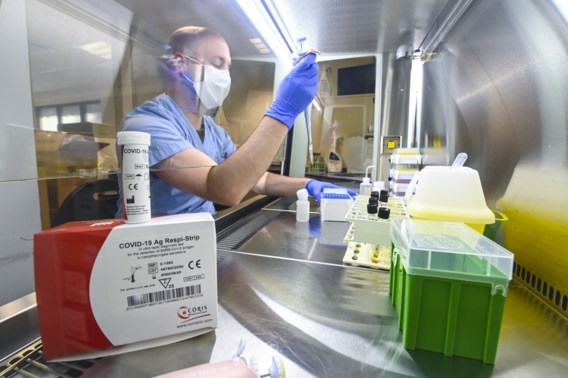 The number of new infections per day continues to increase, with a new daily average of 127.4 new cases reported for the week from 8 to 14 July.

For several weeks now, the inter-federal health institute Sciensano has been producing figures based on the average of a seven-day period, instead of daily totals.

Yesterday we reported a daily average of 114.7 new cases, based on the figures for the seven days to 13 July. That figure has now gone up to 127.4, an increase of 12.7 cases a day, and a continuation of the trend seen over the last ten days.

The reversal of the downward trend of the last few weeks led the latest meeting of the national security council this week to recommend no new relaxations in the measures taken to stem the growth of the Covid-19 epidemic.

Specifically, that meant the events sector was left wanting, as they had hoped the current restrictions on audience numbers – 200 for indoor events and 400 outdoors – might be alleviated.

Sciensano does not release more recent figures for the time being, although prime minister Sophie Wilmès among others has asked for them to return to the previous system of reporting daily totals instead of weekly averages.

The total number of people who have tested positive for Covid-19 since the beginning of the pandemic now stands at 63,499, which is 261 more than the total recorded yesterday.

Not only is the number of new cases increasing again, but the reproduction rate is now at 1.033.

The reproduction rate is a figure which indicates how fast an infection is spreading. A rate of 1 means each infected person in turn passes the disease on to one other person.

A number lower than 1 will see the spread of the infection go down, as was the case in Belgium for a time.

A number higher than one indicates the virus is growing in strength. Taking the latest figure of 261 new cases since yesterday, the rate suggests that those people would have the potential to infect almost 270 others. And if the rate were to remain steady, those 270 people would go on to infect another 278, and so on.

Also for the week on 10 to 16 July, the average daily number of hospital admissions was 10, with eight being admitted yesterday. So far in the epidemic, 17,946 people have passed through the hospitals of Belgium.

At the moment, 145 people are being treated in hospital, 28 of them in intensive care. And the number of fatalities calculated on a week basis is down to 1.6 a day, with two deaths recorded on 14 July.

Total fatalities in those age groups is below 500. But those people are infected and active, and not only able, but also more likely, to pass the infection on – to 1.033 other people each.