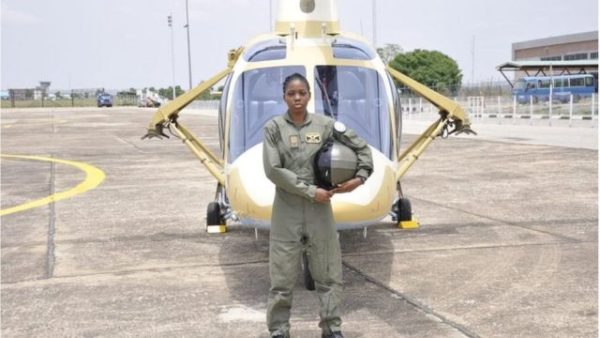 Adegboye told The Guardian yesterday that the family was devastated by the untimely death of the 23-year-old, wondering how a car reverse could kill an adult.

“We, in the family, are not convinced that Tolu can just die like that in a freak accident. I know that the military is well-trained in the art of investigation; we want them to carry out a thorough investigation that can convince us beyond all doubts that the incident that led to her death was real,” she demanded.

Meanwhile, the Kogi State House of Assembly has called on the state government to immortalise the late combat pilot. The call was contained in a motion moved by the member representing Ijumu Constituency, Kilani Olumo, at plenary yesterday.

PRESIDENT of the Yoruba World Congress (YWC), Prof. Banji Akintoye, has expressed sadness over the death, calling for an adequate investigation.

The Yoruba leader, in a statement in Lagos yesterday, described the death as an irreparable loss and the grief unbearable.

Akintoye said: “The YWC calls for thorough and transparent investigation of the accident. This is so that we, who are Tolulope’s people, may have some peace in knowing what really happened, and also that useful lessons can be learnt that can help prevent a recurrence.”

DESCRIBING the death as suspicious, Human Rights Writers Association of Nigeria (HURIWA) has called on the National Assembly and the international community to investigate the circumstances surrounding it.

According to the human rights organisation, in a normal civilised constitutional democracy, when such a suspicious death occurs, it is incumbent on the government to investigate it.

“This is not acceptable by any sane person,” the group added.

In a statement yesterday, the National Coordinator, Emmanuel Onwubiko, and the National Media Affairs Director, Zainab Yusuf, lamented that Nigeria “kills her best every day due to political corruption that has become a trademark” of 98 per cent of powerfully-connected politicians.

“The story of how she died as told by the Air Force has made Nigeria look like a banana republic; a place where the sanctity and sacredness of a human person are not respected.

“We are therefore calling on the Nigerian government to set up a medical/forensic/ballistic investigative team to ascertain the actual cause of her death. We also want amnesty international to look into her death,” the statement noted.