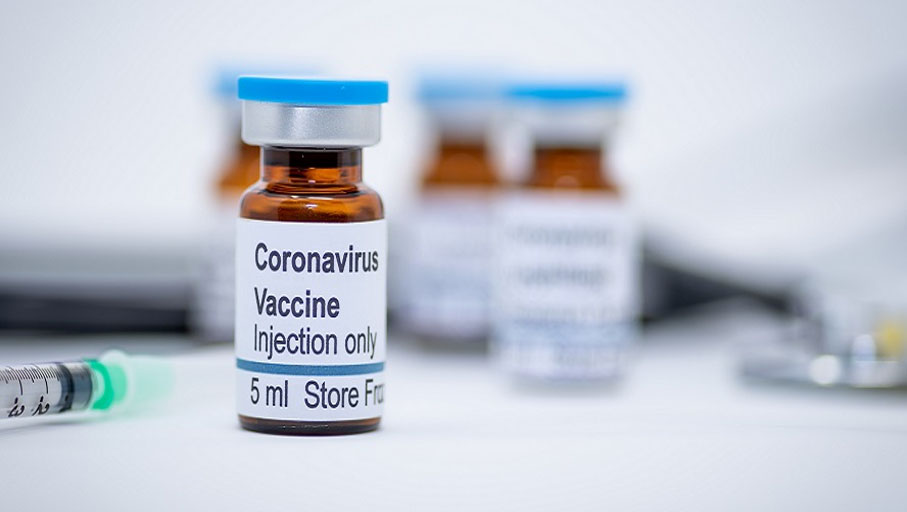 Two of the world’s most promising studies to develop a vaccine for COVID-19 have said subjects in their trials have shown early signs of immunity.

The trials, run by teams at Oxford University in the UK and pharmaceutical company Moderna in the US, have both received significant government funding in their bids to develop their vaccines before the end of the year.

The Oxford vaccine, being manufactured by AstraZeneca, based in Cambridge, England, has already had millions of doses mass-produced in the event of the trials proving a success. The team behind it says it is “80 percent confident” of it being available by September.

It works by injecting altered COVID-19 genetic material, attached to a similar but benign virus called an adenovirus, which causes common colds, into the body, in a process known as recombinant viral vector vaccination.

The aim is to facilitate an immune system response by mimicking COVID-19 itself, and training antibodies to attack the spike proteins on the virus’s exterior that it uses to attach itself to human cells.

When faced with COVID-19, in theory the immune system should then act in the same fashion.

The Oxford vaccine is currently in its second, expanded trial stage, featuring 8,000 people in the UK and up to 6,000 people in Brazil and South Africa.

Though no official results have been formally published, subjects exposed to the vaccine in its early phase were found to have developed antibodies and a certain type of white blood cell, called T-cells, which help fight infection

“An important point to keep in mind is that there are two dimensions to the immune response: Antibodies and T-cells,” a source at Oxford told ITV News in the UK.

“Everybody is focused on antibodies, but there is a growing body of evidence suggesting that the T-cells response is important in the defense against coronavirus.”

Prof. Sarah Gilbert, the Oxford team leader, earlier this month said the vaccine could provide protection for several years at a time.

She told UK MPs on the House of Commons’ science and technology select committee: “Vaccines have a different way of engaging with the immune system, and we follow people in our studies using the same type of technology to make the vaccines for several years, and we still see strong immune responses.”

She added: “It’s something we have to test and follow over time — we can’t know until we actually have the data, but we’re optimistic based on earlier studies that we’ll see a good duration of immunity, for several years at least, and probably better than naturally acquired immunity.”

Moderna, meanwhile, reported that all 45 volunteers in its early phase had developed immune responses after receiving its vaccine, though with more than half its subjects experiencing mild or moderate side effects including headaches, fatigue and muscle pain.

Its vaccine, called mRNA-1273, uses ribonucleic acid to program human cells to make proteins similar to the spike proteins of COVID-19 cells, training the body’s immune system to identify and attack them.

Its initial studies found that higher doses of mRNA-1273 in the human system corresponded with higher levels of immunity in subjects, by injecting people with doses of 25, 100 or 250 micrograms of the vaccine in two instalments over 28 days.

Moderna will begin a second trial of 30,000 people later this month. The US government has so far pledged nearly half a billion dollars in funding for the Moderna vaccine.

The director of the US National Institute of Allergy and Infectious Diseases, Dr. Anthony Fauci, said: “No matter how you slice this, this is good news.”

Vaccines, though, are not the only potential route in the quest to find a solution to the COVID-19 pandemic.

Trials have already begun for an antibody treatment, manufactured by AstraZeneca, that would see patients given a three-minute infusion of COVID-19 antibodies that could provide protection for up to six months.

This would be a potential solution if the vaccine proves less effective in some people (especially the elderly), for those who suffer adverse reactions, or for people taking immunosuppressant drugs or undergoing chemotherapy.

Sir Mene Pangalos, head AstraZeneca’s research into respiratory diseases, said: “There’s a population who are elderly that (may not) get a particularly good immune response to the vaccine.

“In those instances you might want to prophylactically treat those patients with an antibody to give them additional protection.”