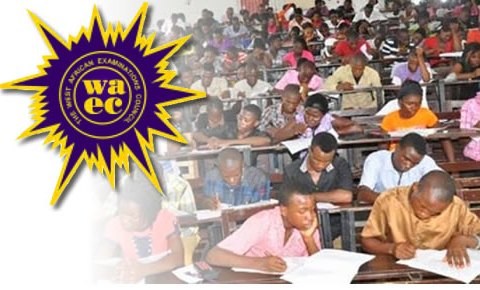 But the Federal Government on Wednesday reiterated its advisory that schools should remain shut and not take part in the examination conducted by the West African Examination Council (WAEC).

At a virtual meeting organised by the Development Agenda for Western Nigeria (DAWN) Commission yesterday, commissioners for Education in the six states, special advisers on Education and State Universal Education Board (SUBEB) chairmen reached an agreement to reopen schools for SS3 pupils to sit for their final examination.

The meeting agreed on the need for Southwest states to implement a 2016 plan to establish a regional examination body akin to the Interim Joint Matriculation Board (IJMB) in the North.

The plan was laid out at the Roundtable on Creating a Collaborative Framework for Education Development and Advancement in Western Nigeria held in Osogbo, the Osun State capital in 2016.

A statement by the DAWN Commission said all the states would reopen schools for SS3 pupils on August 3 with COVID-19 preventive measures put in place.

According to the statement, the states will approach the Federal Government at the first instance to seek a postponement of the WASSCE by at least three weeks from the proposed resumption date.

At the second instance, states are to directly approach WAEC to seek a postponement of the examination to the week begining August 24.

On resumption, schools are to appoint incident managers and classroom wardens.

There will also be a designation of quality assurance department for each state to issue a safety compliance certificate to each school before reopening.

Read Also: Schools: Let’s heed the voice of Education minister
Each state will encourage intensive advocacy campaign to stakeholders, including parents, teachers, caregivers, school owners and pupils on what is expected of them when schools resume.

The meeting also called on the WAEC to encourage Computer-Based Tests (CBT) in the future.

Minister of Education, Mallam Adamu Adamu, had announced a reversal of the Federal Government’s decision to allow students to sit for the examination.

He said schools would remain shut and final year secondary school students would no longer write WASSCE until further notice.

He said the ministry was still consulting with stakeholders on way forward, adding that WAEC had also started consultations with West African states on a possibility of shifting dates.

Nwajiuba said: “We are still meeting with parents over the decision of the ministry. What the Minister said reflects the true position of the Ministry; we are not confident yet that everywhere is safe.

“The numbers from the Nigeria Centre for Disease Control (NCDC) are still alarming and we have put this before parents and all the stakeholders in the education ecosystem. A stakeholders’ meeting was convened for Monday.

“WAEC on its part is also negotiating with other West African countries to look at possible shift in date.

The minister said FEC approved the ministry’s memorandum for a N136 million contract for the procurement of computers and seats for theatres in auditoriums at the University of Benin.

He said the contract would be funded by the Tertiary Education Trust Fund (TETFUND).

Following the reaffirmation of its opposition to the resumption of schools, DAWN Commission Director General Seye Oyeleye, told The Nation last night that Southwest states would consult with the government and agree on the way out of the logjam.

Oyeleye said: “Southwest states are ready for SSCE. But in view of the latest decision by the Federal Government, we will consult with them and agree on the way forward. But we are ready for it in Southwest. The fact is that due to the peculiarities of Southwest states it is in our interest to allow our children write the examination as long as we are putting measures in place to prevent spread of Coronavirus.”

Also on Wednesday, the House of Representatives disagreed with the Federal Government on WASSCE.

It said the Federal Government’s position was not well-thought-out and called for a reversal of the decision.

The lawmakers said the decision halted arrangements being made by WAEC and private school owners following the earlier announcement that examination would begin on August 4 and end on September 5.

Besides, there is no evidence that the ministry consulted stakeholders before pulling Nigeria out of the examination, the House said.

He said the lawmakers had summoned Adamu and WAEC representatives to a meeting today to discuss the possibility of reversing the decision.

The lawmaker said the House would back down if the minister could convince members that it is not safe to reopen schools for final year students to sit for the exams.

He said: “The House is inviting the minister and WAEC representative on Thursday for an interactive session to say where do we go from here? What are the options?

“Are we going to wait until the World Health Organisation (WHO) says we have a vaccine and it is available to everybody before the exit classes can write their exam?

“We believe that Nigeria is not the only country involved in this and we say we are the big brother of Africa, that our foreign policy is centred around Africa and we try to play a supportive role.

“We have no evidence so far that there was consultation with other countries in West Africa.

“We feel embarrassed that we are giving the impression to the world that since the COVID-19 outbreak we have been doing nothing to prepare, to respond and adjust to the new normal.

“What is required to write this exam is not that complicated. These are not babies, they are not kids. They are not kindergarten or primary school children.

“we wrote to the ministry about four weeks ago that if you are planning to reopen schools, these are certain protocols you must take, basically the same protocols that the NCDC had put out.”

Ihonvbere said the committee met with Nwajiuba who assured the lawmakers that the ministry was prepared to conduct the exam under a safe environment.

“He also announced this at the COVID-19 briefings and suddenly we got the news from the minister and we felt it was not well-thought-out, so the decision should be reversed,” he said.

Governor David Umahi, who spoke at a virtual State Executive Council meeting in Abakaliki, said the reopening of schools will be done in phases.

He said: “We have to start the process that will lead us probably to reopen our schools between August and September.”

He said the government would train teachers and students on COVID-19 protocols before the resumption.

“Reopening of schools will start with the cleaning of the schools. We will fumigate them and then do a random test on the teachers.

“We will also deploy health workers to mount awareness within the communities where the school is situated. COVID-19 is real and we need to be very careful,” Umahi said.