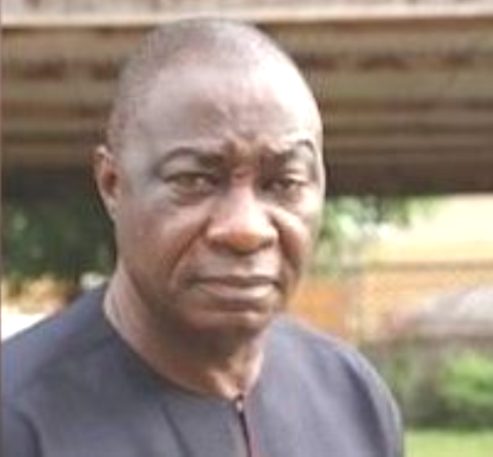 Justice Ibrahim Buba convicted Agaba of the seven counts of conversion and criminal breach of trust filed against him by the Economic and Financial Crimes Commission (EFCC).

The judge held that the commission proved beyond reasonable doubt that the convict stole the money from NIMASA while he was in charge of Maritime, Safety and Shipping.

He sentenced Agaba to seven years imprisonment on each of the seven counts, totalling 49 years.

But the sentences will run concurrently, the judge said, meaning Agaba will spend a maximum of only seven years in jail, beginning from yesterday.

The court declined the application of EFCC counsel, Rotimi Oyedepo, for the forfeiture of property allegedly bought by Agaba from the proceeds of the laundering.

Justice Buba upheld the submission of Agaba’s counsel, Mr. E. D. Oyeneke, that the property was the subject of another suit at the Federal High Court.

They pleaded not guilty.

Akpobolokemi filed a “no case” submission, but Justice Buba, on October 16, 2017, dismissed it.

This was overturned by the Court of Appeal in Lagos on June 1, 2016, which unanimously discharged and acquitted Akpobolokemi.

Following the appellate court’s decision, the anti-graft agency, on October 10, 2019, withdrew the charges against Governor and Nwakuche.

But the EFCC filed an amended charge against Agaba.

Other defendants, who also benefitted from the judgment, are three firms: Odimiri Electrical Limited, Boloboere Property and Estate Limited; and Destre Consult Limited.

The Economic and Financial Crimes Commission (EFCC) had filed a 40-count charge against the defendants in 2015.

Tompolo was initially joined as the first defendant in the case, but following his failure to answer repeated court summonses, the then EFCC counsel, Mr. Festus Keyamo (SAN), applied that Tompolo’s name be removed from the charge sheet.

During the trial, the other defendants filed a no-case submission, asking the court to dismiss the charge for lacking in merit.

Ruling on Wednesday, Justice Buba held that the prosecution “failed to establish a prima facie case” against the defendants and dismissed the 40-count charge.