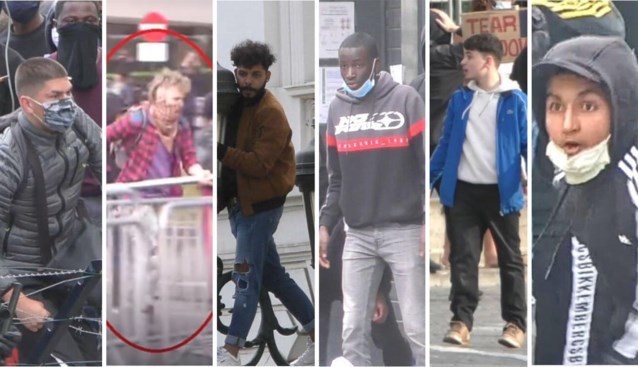 The Brussels Capital Ixelles police zone has spread photos of 12 people who took part in looting shops after the Black Lives Matter demonstration on 7 June in the Belgian capital.

The police are looking for 12 different young men. The images show some of them holding or throwing rocks. Several of them have their faces covered with a face mask or something else.

Cameras also filmed a young man walking through Brussels, with a pile of clothes in his hands.

On 7 June, the demonstration gave way to chaos around the Matongé district, where a group of looters clashed with the police. Additionally, shops in the high-end Louise area were broken into and trashed.

After the demonstration, some 230 people were held by the police, but only some of them were investigated for suspicion of vandalism or looting.

The police then called on the public to provide them with photographs and video footage taken during the demonstration and the riots.

“The images that are now being spread were both made by security cameras and obtained from the investigation, as well as images that the public has given us,” police spokesperson Ilse Van de Keere told Het Nieuwsblad.

“Who has information about the damage and looting of shops in Ixelles and Brussels on 7 June 2020? In case of identification, please send an e-mail to zpz.polbru.info@police.belgium.eu . Discretion will be ensured,” the police shared on their Facebook page.