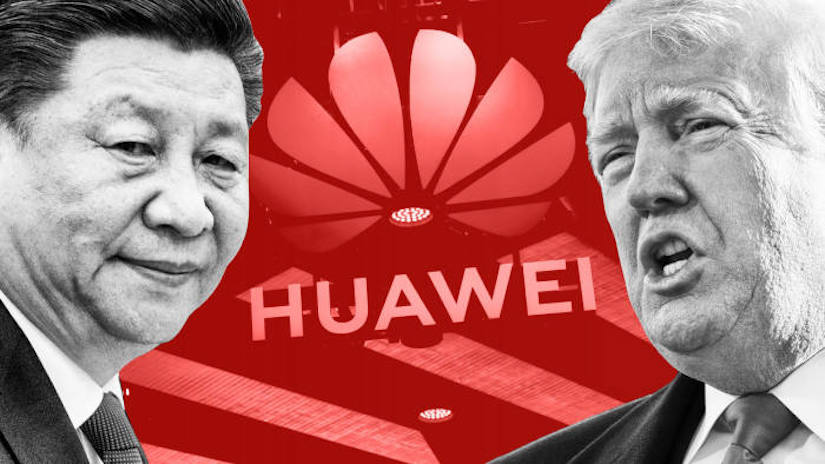 The United States on Wednesday cleared the way for sanctions on employees of telecom giant Huawei, expanding its pressure campaign on China, which summoned the US ambassador.

Tensions have soared between the world’s two largest economies on a growing range of fronts including Beijing’s clampdown on Hong Kong, with President Donald Trump on Tuesday ending the financial hub’s special trading privileges.

China shows no sign of backing down on Hong Kong, but the Trump administration has rejoiced in growing success at isolating Huawei, with Britain announcing a ban on the leading Chinese company.

Secretary of State Mike Pompeo announced that the United States would restrict US visas for employees of Huawei and other Chinese firms if they are involved in human rights abuses.

The United States accuses Huawei of working on the behest of Beijing and says that global security and personal data will be at risk if the company dominates development of the world’s fifth-generation internet.

Pompeo said that Huawei was already responsible for rights abuses by letting China snoop on dissidents and abetting Beijing’s sweeping surveillance in the western region of Xinjiang, where rights groups say more than one million Uighurs and other Turkic Muslims are incarcerated.

US campaign in Europe

Offering affordable internet in the developing world and moving rapidly on 5G, Huawei has so far largely weathered US prohibitions and pressure — and reported double-digit revenue growth for the first half of the year.

The European Union has resisted blanket restrictions on Huawei. But British Prime Minister Boris Johnson’s government agreed Tuesday to a phased ban after US sanctions blocked Huawei’s access to US chips.

Pompeo announced that he would visit Britain as well as Denmark starting Monday and raise China.

Robert O’Brien, the US national security advisor, brought up Huawei in his own talks with European counterparts in Paris, warning that the company could both spy on government secrets and sweep up vast amounts of personal data.

“Europe is awakening to the threat of China,” O’Brien told reporters.

“Imagine how a country like China could interfere with elections if they knew everything about every single person on earth,” he said.

Canada in 2018 acted on a US request and arrested Huawei executive Meng Wanzhou, who faces extradition on charges of violating US sanctions on Iran.

Huawei rejects the US campaign and has called on Washington to show more evidence to prove the risks purportedly posed by the company.

China on Wednesday summoned the US ambassador, Terry Branstad, after Trump signed a law that paved the way for sanctions over the situation in Hong Kong.

“This is gross interference in China’s internal affairs and seriously violates international law and basic norms of international relations,” the foreign ministry said in a statement.

China also vowed retaliatory measures over Trump’s signing of the Hong Kong Autonomy Act, which paves the way for sanctions against banks that do business with anyone seen as infringing on the city’s autonomy.

US lawmakers overwhelmingly approved the law, hoping that all but provincial Chinese banks will think twice before risking punishment in the world’s largest economy.

Trump also signed an executive order that instructed the US government to treat Hong Kong no differently than mainland China on trade.

Beijing has pushed forward a tough security law that has sent a chill through Hong Kong, which was promised separate freedoms before Britain handed back the territory in 1997.

In other recent moves, Pompeo restricted visas for Chinese officials over human rights in Xinjiang and rejected Beijing’s sweeping claims in the dispute-rife South China Sea.

Trump has also loudly blamed China for Covid-19, news of which was suppressed when cases first emerged in Wuhan late last year.

Critics at home and abroad accuse Trump of seeking to divert attention in an election year from his response to the crisis in the United States, which has suffered the highest death toll of any country.