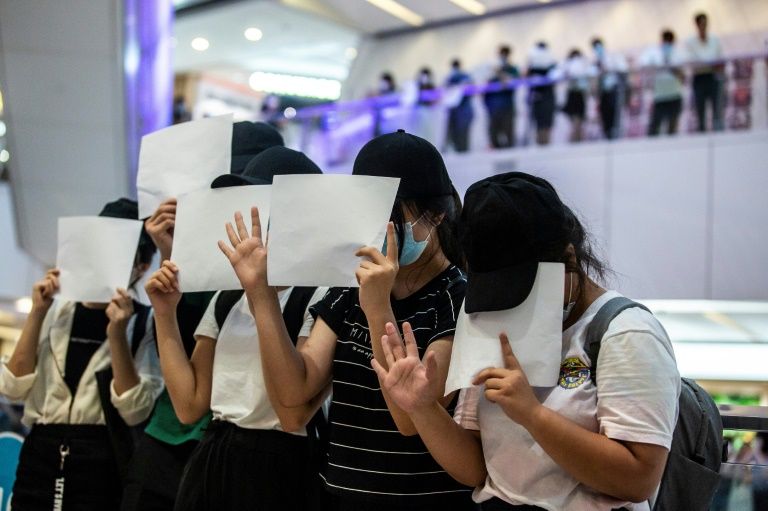 Hong Kong expatriates living in Britain have welcomed London’s pledge of “a pathway to future citizenship” for millions of the territory’s residents after China imposed a controversial security law there.

But they warned this “message of hope” would not help many, including those born after Hong Kong’s 1997 return to Chinese rule and now aged over 18 — people at the forefront of protests against Beijing.

“It is helpful — it sends a strong message of hope to Hong Kongers, many of whom are waiting to be rescued from their city,” a 35-year-old financial analyst living in London since 2005, who asked to remain anonymous, told AFP.

With relatives still in Hong Kong, he is very worried about their fate, especially those of university age.

“These guys won’t be helped directly by this but they are the ones who are more vulnerable — they stopped their university degrees to join the movement,” he added, referring to pro-democracy protests that erupted last year.

Beijing enacted the sweeping security law for the restless city of around 7.5 million people on June 30, banning acts of subversion, secession, terrorism, and collusion with foreign forces.

The move has sparked international condemnation.

The UK has said in response it will allow anyone with British National (Overseas) (BNO) status and their dependants — husbands, wives, civil partners and children under 18 years old — to come to Britain.

They will be able to remain and work for five years, compared to the current limit of six months, before being able to apply for citizenship.

More than 350,000 people currently have BNO passports, and the government estimates there is around 2.9 million eligible for the status in total in Hong Kong.

“This proposal will definitely help some of the people who fear for their life — at least they have somewhere safe to go,” said Abby Yau, 40, a naturalised British citizen after 19 years in the UK.

“But at the same time, I wonder how much it will benefit the majority of the people who are oppressed by the (Chinese) government.”

Britain created the BNO status ahead of Hong Kong’s 1997 handover, allowing its residents to apply for a form of British nationality and a BNO passport.

But it conferred no automatic right to citizenship, could only be applied before the end of 1997 and cannot be passed on to future generations.

Critics of Britain’s proposed changes note they still fail to help swathes of people who missed out on that opportunity.

“The British government forgets the fact that most of the protesters are from my generation, in particular citizens born between 1997 and 2002,” said another 22-year-old former Hong Kong resident studying in the UK since 2015.

“These generations have suffered the most throughout the years and now they are the main target of the (Hong Kong) government.

“The British government needs to consider this generation or otherwise, this proposal won’t be meaningful.”

However, he expected “a wave of people fleeing” to Britain once the new immigration measures are formalised.

“Social media such as Facebook has been flooded with questions regarding working in the UK,” he added, noting it reflected “how anxious and hopeless Hong Kongers are at the moment”.

Yau said she too had been contacted by friends asking about life in Britain and argued the new arrivals “could be an unbelievably valuable workforce for the UK post-Brexit”.

But she does not expect large numbers to leave Hong Kong, noting not everyone can afford to relocate and navigate Britain’s costly immigration system while others may not want such a different lifestyle.

“It will be a big challenge and sacrifice for the sandwich-class in Hong Kong as they work hard throughout their entire life to promote their social status,” he said, referring to the city’s middle class.

“Immigrating to here would mean restarting a new life as second-class citizens, and their social status might be dropped if they are not professional or wealthy.”

Meanwhile, the financial analyst who left Hong Kong 15 years ago agreed there will be “reluctance” to start over in Britain, but noted two of his relatives who had long been mulling relocating have finally been convinced by recent events.

“Can you call a place home when someone has taken away its core values, freedom and spirit?” he said.

“To me, that place ceased to be home — and the real home for Hong Kongers is where we can carry on contributing as a world citizen.”