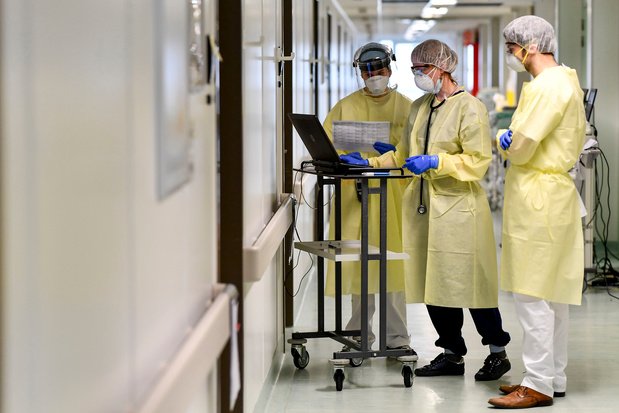 An average of 87.9 people per day tested positive for the new coronavirus (Covid-19) in Belgium during the past seven days, according to figures published by the Federal Public Health Service on Sunday.

The total number of confirmed cases in Belgium since the beginning of the pandemic is 62,606, which is 137 new cases since Saturday’s report. The total reflects all people in Belgium who have been infected, and includes confirmed active cases as well as patients who have since recovered, or died from the consequences of the virus.

An average number of 87.9 people per day tested positive for the virus over the seven-day period from 2 to 8 July. The trend stopped its downward movement on Friday compared to the daily average of new infections the week before, and increased slightly by 4%. Since then it has gone up another 2%.

For some time now, the federal health institute Sciensano no longer publishes figures on hospital admissions and fatalities on Sunday or Monday.

However for the last period for which figures are available, from 1 to 7 July, the situation is as follows:

• An average of 10.1 new hospital admissions per day, which is a decrease of 9% compared to the daily average of 11.1 new patients in the week before.

• An average of 2.4 deaths per day over the seven-day period. The trend decreased by 48% compared to the daily average of 4.7 deaths in the week before.

• Total deaths in Belgium since the beginning of the pandemic: 9,782.