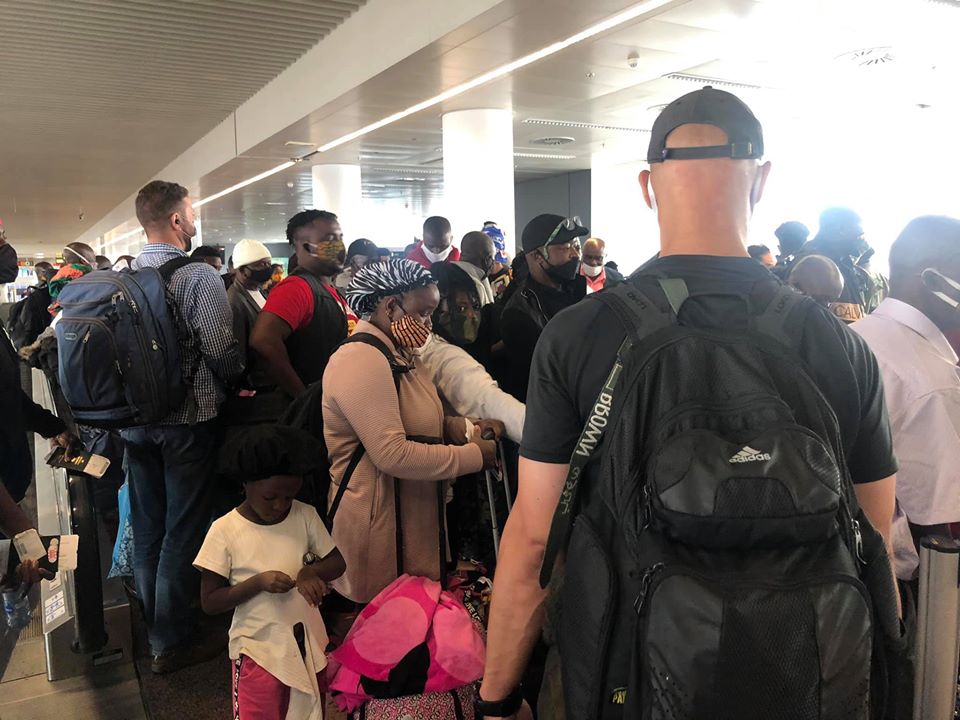 Images of passengers being packed together waiting to board a flight at Brussels Airport have sparked outrage online as one passenger explained how social distancing measures were not respected at all.

One passenger, Lynne Simmerman, took to social media to show what she called “unacceptable service” at Brussels Airport when she and her 4-year-old child were told to “just push through” the waiting crowd when they wanted to board their United Airlines flight on Thursday.

“I have submitted a complaint to the airline, but I have not received a response yet,” Simmerman told The Brussels Times.

“It was announced that the plane would be loaded from back to front, and people would be called based on their rows,” said Simmerman. “However, when they called our row, we could not even get to the line because of how crowded it was,” she added.

After Simmerman asked a staff member how she had to board the plane safely, she was told to “just push [her] way through.”

“When I pointed out that pushing through the mass of people with a 4-year-old would not be safe, the staff member said ‘if you don’t like it, then don’t board’,” Simmerman said, adding that at no point the standing people were asked to take their seats again while waiting until their row was called.

Since 15 June, Brussels Airport installed directional arrows making sure that people are walking in the same direction, as well as frequent reminders to keep 1.5 metres social distance. “We could not do that here, safety measures were completely disregarded. Not to mention, these people had not even been called to board yet,” she said.

Not long after, however, while everyone was still waiting, a different rope was opened to let first-class passengers board, according to Simmerman. “But when it came to us, [the staff] wasn’t opening that rope,” she added.

Contacted by The Brussels Times, Brussels Airport spokesperson Nathalie Pierard said it is the staff of the flight’s airline that is responsible for the safe boarding of planes.