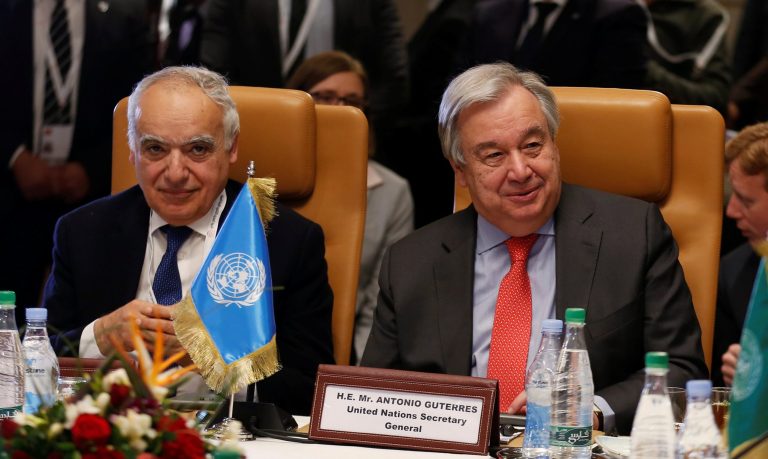 The Acting Special Representative of the UN Secretary-General in Libya, Stephanie Williams, on Friday met with the Speaker of Libya’s eastern-based House of Representatives (parliament), Aguila Saleh, in Geneva and discussed the need to intensify efforts to find an inclusive political solution to the Libyan crisis.

According to a statement issued by the UN Support Mission in Libya (UNSMIL), the officials also welcomed the National Oil Corporation’s announcement of lifting the force majeure on oil exports after nearly 6 months of suspension.

“Acting SRSG Stephanie Williams met today in Geneva with HoR Speaker Aguila Saleh, to discuss, among others, the revival of political dialogue, Speaker Saleh’s initiative, and the need to intensify efforts to find an inclusive political solution to the Libyan crisis,” said

“Acting SRSG Williams welcomed Speaker Saleh’s support to an immediate and lasting ceasefire, especially in the city of Sirte,” the statement added.

Williams and Saleh stressed the necessity to avoid any obstacles in oil flow “as it belongs to all Libyans; and urged that revenues expenditures be managed in a transparent and professional manner,” the statement said.

The two officials called on foreign actors to stop their negative interference in Libya, facilitate and support the political process in order to prevent a new humanitarian and economic catastrophe in Sirte and the Oil Crescent.