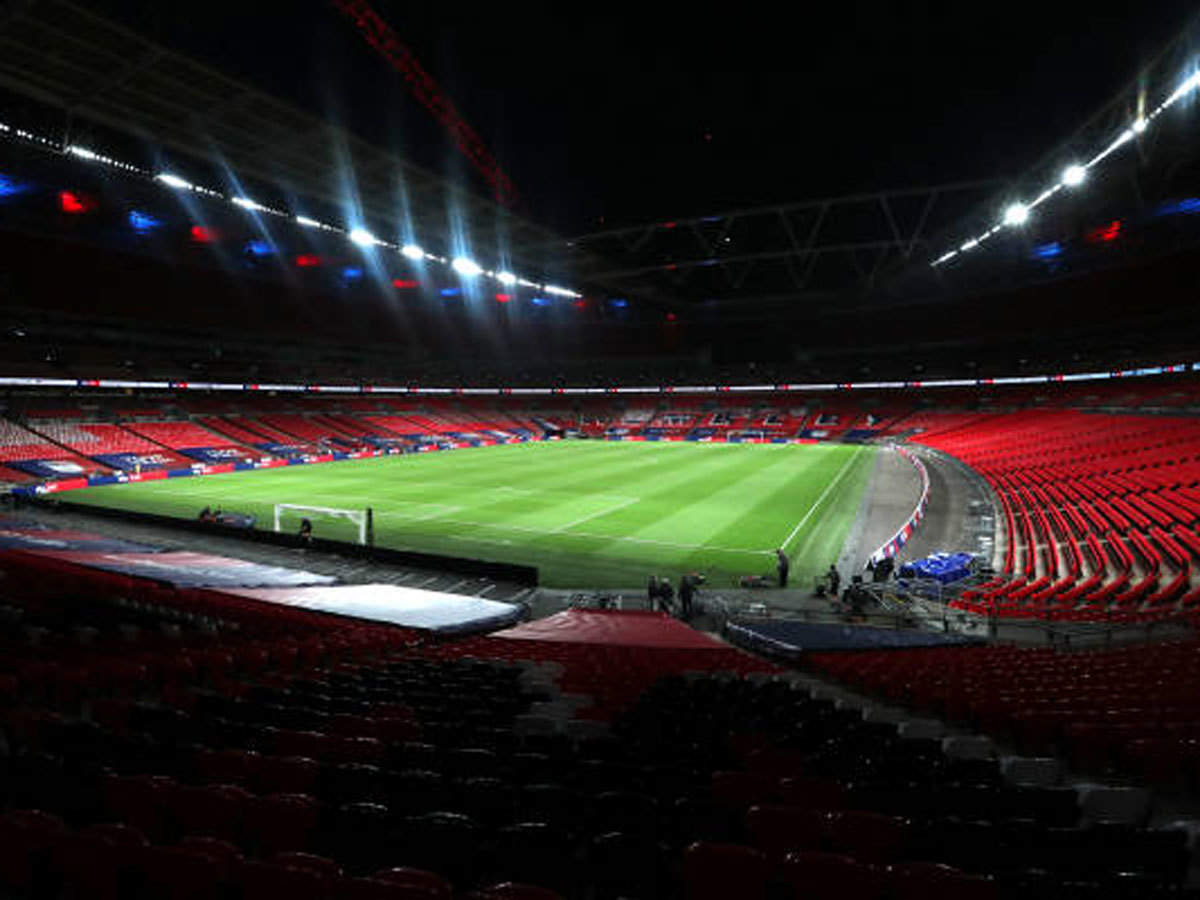 Wembley should have hosted the Euro 2020 final on Sunday, but instead, the home of English football is preparing for a League One play-off final on Monday in front of 90,000 empty seats.

Coronavirus has wreaked havoc on the sporting calendar with the Euros one of the first casualties as UEFA postponed the tournament for 12 months on March 17.

European football’s governing body is pressing ahead with its plan for a tournament across 12 cities in 12 different countries, with two of the venues, Bilbao and Baku, 5,000 kilometres (3,100 miles) apart.

It remains to be seen how feasible that geographical spread will be for fans even in 11 months time due to travel and quarantine restrictions.

But the smooth return of European leagues at club level behind closed doors will give UEFA hope that the show will go on in some form.

Domestic leagues in the four countries worst hit by the pandemic that is due to host matches next summer — England, Italy, Spain and Russia — have all resumed, with only the latter disrupted by COVID-19 outbreaks that have affected the competition on the field.

Last month Sochi thrashed a Rostov team of teenagers 10-1 after Rostov’s first team had to quarantine following six positive cases of the virus.

UEFA’s first big test will come when attempting to finish the Champions League and Europa League at neutral sites in Portugal and Germany respectively in August.

However, the after-effects of football’s shutdown due to coronavirus are still being felt financially.

The English Football Association was hoping for a money-spinning couple of years with both semi-finals and the final of Euro 2020 at Wembley, followed by the women’s European championships in 2021.

With both those competitions delayed by a year, the loss of other events at Wembley and the latter stages of the FA Cup to be played behind closed doors, the FA announced 124 redundancies last week with fears the organisation could lose £300 million ($380 million, 335 million euros) over the next four years.

Those stark figures do not even account for the potential impact of a second wave of the virus should football be shut down again.

Despite Britain having the highest death toll in Europe, the government has forged ahead with a series of measures to get the economy back up and running with shops, pubs and restaurants reopened, quarantine restrictions relaxed for arrivals from a number of countries and plans for schools to return at full capacity after the summer holidays.

On the field, though, a year’s delay could turn out to be a blessing in England’s quest to win a major tournament for the first time in 55 years.

Three Lions’ captain Harry Kane and Manchester United forward Marcus Rashford would have been major injury doubts had the Euros kicked off as initially planned on June 12.

Both could be game-changers in a year’s time, but the Premier League’s return has also showcased the abundance of young talent now available to Gareth Southgate.

At just 18, United’s Mason Greenwood and Arsenal’s Bukayo Saka have shone since the restart to add even more depth to a frontline also boasting Raheem Sterling and Jadon Sancho as well as Kane and Rashford.