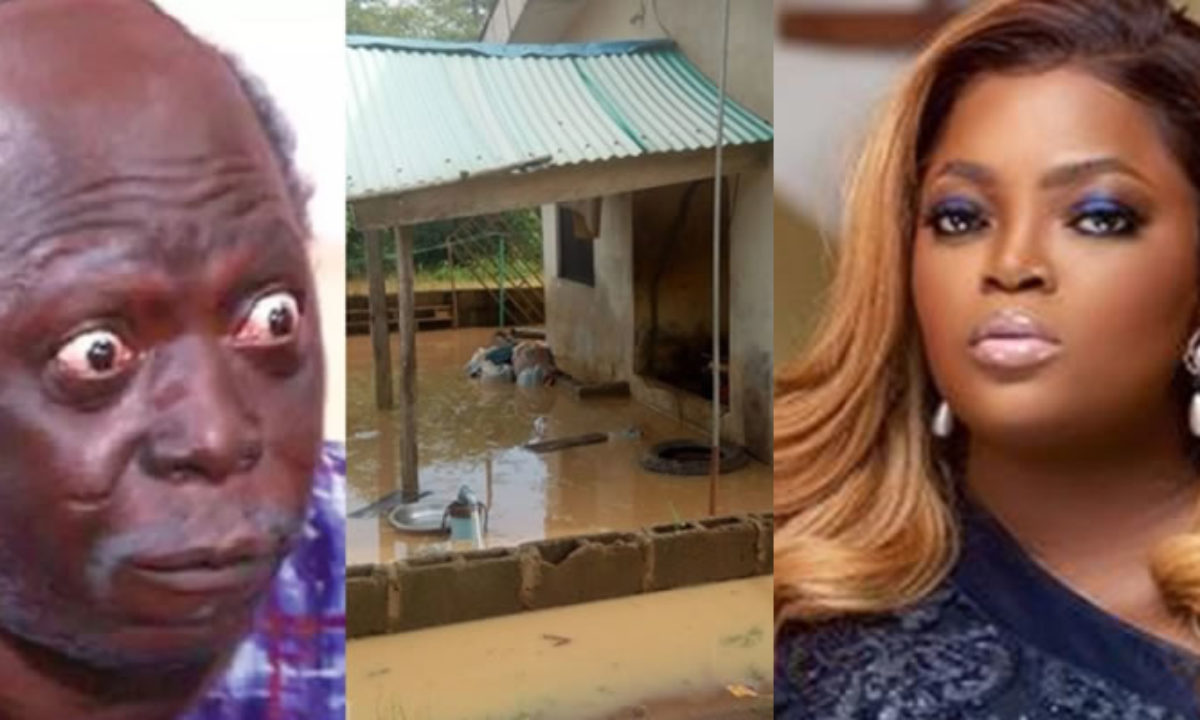 Pa James of the popular sitcom, Papa Ajasco has opened up about reports that actress Funke Akindele bought him a new house.

Veteran Nigerian actor Kayode Olasehinde ‘Ajirebi’ aka Pa James has cried out that reports that he was gifted a house by Funke Akindele after he lost his home to the Lagos flood is not true.

Recall that Actress Oluwakemi Adetoro Ojo, had taken to Instagram to announce that Funke Akindele had taken it upon herself to buy the veteran actor a new home.

“On behalf of PA JAMES,I Want to say Big thank you to @funkejenifaakindele for the the new apartment given to him by you.God bless you so much for your good heart Anikeademi your type is so rare..you are a gem.Almighty God will continue make way for you where dier seems to be no way.” Ojo wrote.

According to Pa James, such claim is nothing but fake news, as no one bought a house for him.

He made this known in a recent video recorded by Kunle Afod. In the video, the veteran actor debunked the news that Funke Akindele bought him a house, though he went on to thank those who have helped him in this trying time.

“God will keep you for helping me, i didn’t know people cared about me like this….I can’t thank you enough…for doing this to me while i am alive….to my fellow actors, you impressed me…..and thank you to Funke AKindele, i won’t lie she did me well….but i need to clear the air on the reports that she bought me a house,,,while passing on my street this morning, some area boys stopped me and hailed me saying they will visit me in the house Funke Akindele built for me…..and i was shocked….Funke only paid for an apartment for me to rent for the meantime……and i am truly grateful but she didn’t build me a house….”

Recall that Pa James cried out for help after dirty water got into his house on July 7, 2020, and soaked his belongings. This comes one year after Pa James’ son, Samuel Ajirebi cried out on Instagram and shared photos and videos of his father’s flooded house.