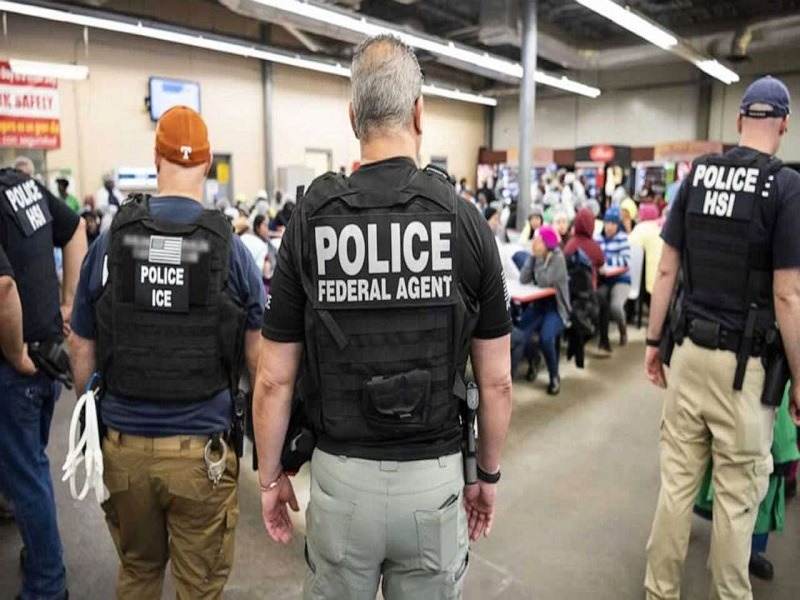 The fate of over 16,000 Nigerian students in the United States is currently hanging in the balance as the U.S. Immigration and Customs Enforcement (ICE) moves to deport foreign students whose schools will switch to online classes due to the coronavirus (COVID-19) pandemic.

The development, however, has drawn the ire of the Academic Staff Union of Universities (ASUU), which blamed the Federal Government for neglecting Nigeria’s educational system.

The Student and Exchange Visitor Programme (SEVP), which is run by ICE, in a new rule released on Monday, had said foreign nationals enrolled in U.S. educational institutions will have to transfer to in-person schools or take online classes outside the country. Otherwise, they will be deported. Also, the Department of State will no longer issue visas to students to attend schools that offer online classes only.

The statement reads in part: “The U.S. Department of State no longer issues visas to students enrolled in schools or programmes that are fully online for the fall semester nor will U.S. Customs and Border Protection permit such students to enter the United States.

“Active students who are currently in the United States and enrolled in such programmes must leave the country or take other measures, such as transferring to a school with in-person instruction to remain in lawful status. If not, they will have to face immigration consequences.”

According to him, “Today, the reverse is the case. In Ghana, more than half of the foreign students there are Nigerians. So, we can see that they are just harvesting our resources to fund their tertiary education. Why should Nigerians be going to the Republic of Benin, Cameroon, Togo, and Sudan to seek university education, not to talk of U.S.?”

ASUU’s incessant strikes are in the interest of students and their parents, he insisted, stressing that all the union is saying is: “Fix our laboratories, stock our libraries, renovate our workshops, supply facilities for e-learning and provide structures. Are those not the things they are enjoying there?”

The ASUU President said further: “Of course, the ruling class that can afford it are those sending their children to those distant places in America and Europe. The children of the poor are left to attend universities that are without facilities, universities that are not adequately staffed, and universities whose capacity for research have been dwindling. We think this is an opportunity for the Federal Government to sit back and address the problems in our university education and indeed Nigerian education as a whole.”

Also, former Minister of Education Prof. Chinwe Obaji wondered how courses like engineering and sciences that require practicals would be taught online. He called on government to make the universities attractive to Nigerian students abroad by tackling its many challenges, adding that COVID-19 is a temporary setback, which all nations would surmount in due course.

On his part, Prof. Ayodeji Olukoju, former Vice Chancellor at Caleb University, Imota, said: “The truth is that this situation is peculiar. It is unprecedented. It is not sustainable. In due course, we will conquer it. We once conquered the pandemic in 1819, Ebola, and we will surely conquer COVID-19. Nothing is permanent. It is true that online teaching would always continue but it can never take away the issues of face-to face interaction. For example, those students studying engineering in American universities and lab-based sciences, would they do all those things from a distance?”

He added: “We should adjust our curriculum to reflect the reality, mainly that we have to depend more and more, now, on online teaching. Secondly, we need to provide more infrastructure of online learning, ICT infrastructure essentially.

Most U.S. colleges and universities have not yet announced their plans for the fall semester but a number of schools are looking at a hybrid model of in-person and online instruction while some, including Harvard University, have said all classes will be conducted online.

Nigeria currently has the highest number of students from Africa studying in the U.S. According to U.S. Immigration and Customs Enforcement, Nigeria had 16,039 students as at 2019.

“This is an increase of 3,342 students over 12,693 students recorded in November 2018. Undergraduate students constituted 34 per cent; Masters students 36 per cent; doctorate formed 12 per cent; while associate was 12 per cent. Non-degree and others formed five per cent.”

According to the agency, the top five states for Nigerian students in the U.S. include Texas with 2,713; California, 856 students; Maryland, 827 students; New York, 818 students; and Florida, 753 students.

READ  Meet Joshua Beckford, A Nigerian Who Graduated From Oxford University At Age 14

The report indicates that Nigeria was the 11th leading place of origin for foreign students in the U.S. as of the 2018/2019 session. It accounted for 1.2 per cent of the total number of 1,095,299 international students in the country.

A breakdown of the figure shows that 5,689 of Nigerian students were at the undergraduate level; 5,274 at graduate level; 367 were non-degree students; and 2,093 were on Optional Practical Training (OPT).

OPT is a period during which undergraduate and graduate students work for one year on a student visa toward acquiring practical training to complement their education.