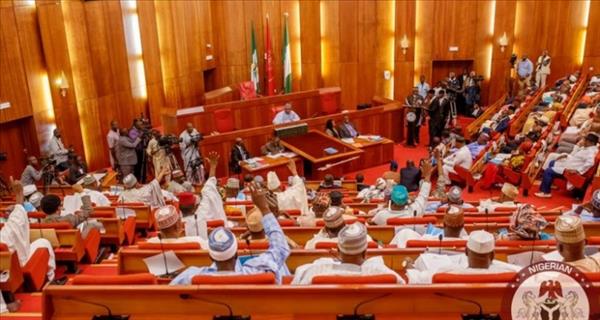 The Senate, yesterday, passed the Sexual Harassment Bill to safeguard students of tertiary institutions across the federation.

The passage of the piece of legislation, sponsored by Deputy Senate President Ovie Omo-Agege (APC – Delta Central), followed the consideration of the report of the Committee on Judiciary, Human Rights and Legal Matters chaired by Senator Opeyemi Bamidele (APC – Ekiti Central).

Speaking on the occasion, Senate President Lawan noted: “This is a very important and landmark legislation that this Ninth Senate has passed. We have to protect our daughters from predators.”

Earlier, Bamidele stated that contrary to the claim by the Academic Staff Union of Universities (ASUU) that there were extant laws to sufficiently address the menace in higher institutions of learning, his panel found none.

“This legislation is meant to address the incidence of sexual harassment in tertiary institutions only, as there are other laws that address sexual offences in respect of persons under the age of 18 years such as the Child Rights Act 2003,” the Ekiti legislator clarified.

Also, the upper legislative chamber yesterday received a formal request from President Muhammadu Buhari for the confirmation of 11 nominees as judges of the Federal High Court of the Federal Capital Territory (FCT).

But relying on Order 43 of the Senate Standing Rules, the Minority Whip, Senator Philip Aduda, objected to the absence of a nominee from Abuja.

However, Bamidele swiftly cleared the issue, explaining that the FCT already had judges on the bench of the court.

Meanwhile, lawyers have criticised the President for submitting the list amid a pending case challenging the appointments.

Justice Reform Project, a body made up of over 30 senior lawyers led by Mrs. Funke Adekoya (SAN), had filed a suit at the Federal High Court, Abuja, urging stoppage of the exercise for alleged failure to “completely comply with the National Judicial Council (NJC) guidelines for such appointments.”

The President, NJC and the Attorney General of the Federation are respondents in the matter.

Reacting to the development, Chief Mike Ozekhome (SAN) said once a “case is before a court, all parties must, under the doctrine of lis pendes, desist from taking any steps that may ultimately undermine the final outcome of the case.”

To Lagos based lawyer, Mr. Stephen Azubuike, the Nigerian government had “a trademark in not according much regard to the Judiciary.”

But the immediate past chairman of the Nigerian Bar Association (NBA), Ikorodu branch, Mr. Bayo Akinlade, held a divergent view.

According to him, since there was no stay of execution, nothing stopped the Nigerian leader from proceeding with the action.