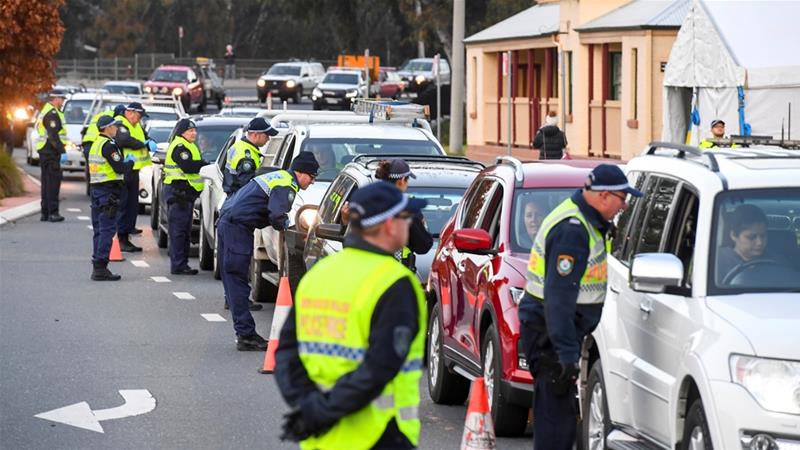 Israeli Defence Minister Benny Gantz has said he entered quarantine as a precautionary measure due to suspected exposure to a person infected with the coronavirus.

Brazil’s President Jair Bolsonaro has tested positive for COVID-19 after months of downplaying the virus as a “little flu”.

The United States has officially notified the United Nations secretary-general of the country’s withdrawal from the World Health Organization even as it grapples with nearly three million cases of coronavirus.

A group of opposition supporters stormed the Serbian parliament on Tuesday night in a protest against plans to impose a lockdown on the capital this weekend.

Nearly 11.8 million people around the world have been diagnosed with COVID-19, and nearly 544,000 have died, according to data compiled by Johns Hopkins University. The US and Brazil have reported the most cases and the highest death tolls.