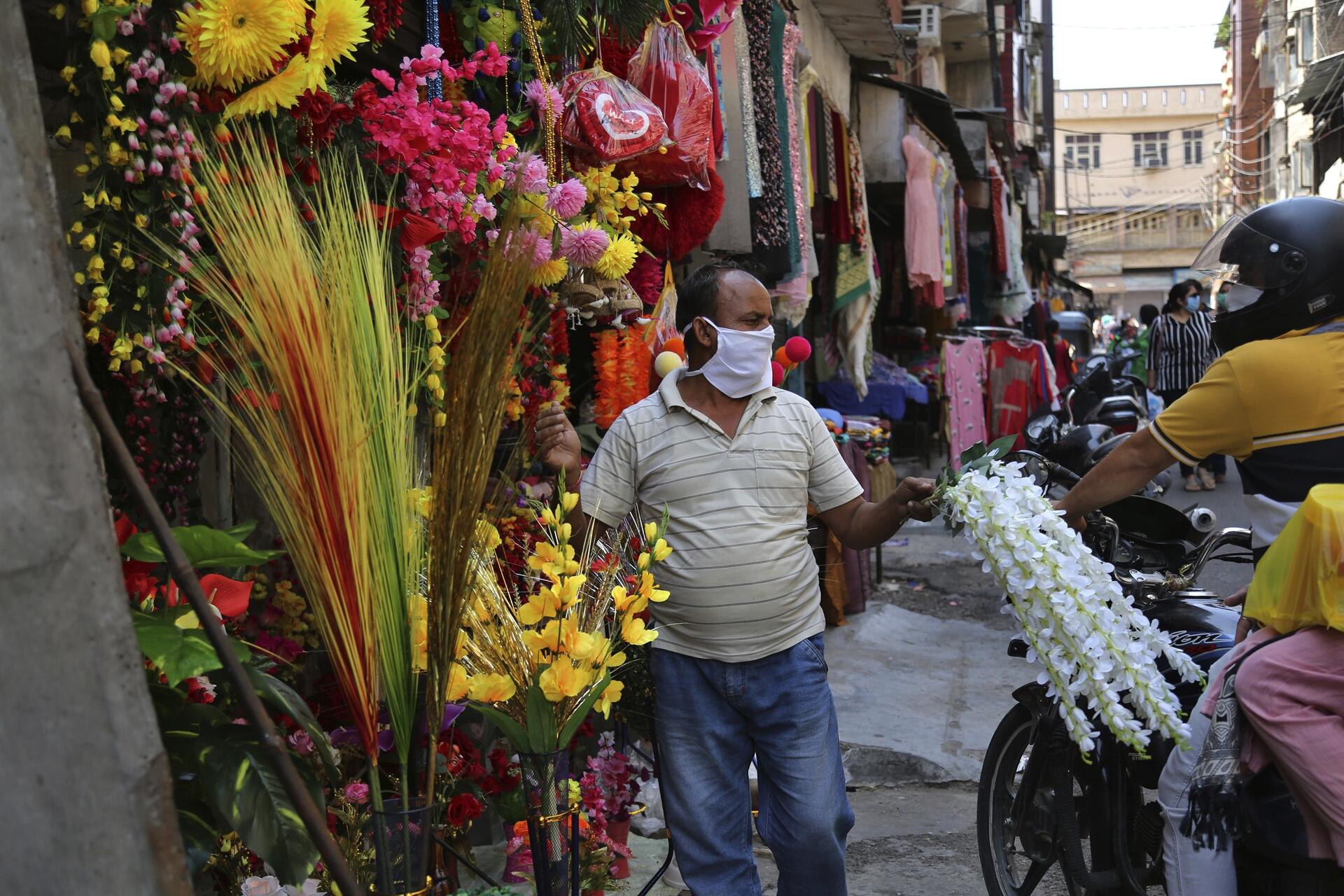 Officials warned on Sunday that US hospitals were in danger of being overwhelmed by the upsurge in coronavirus cases as India saw its tally of confirmed cases soar to almost 700,000.

The US has struggled to respond to the devastation wrought by the virus, with its national death toll rising to near 130,000 out of 2.8 million confirmed cases, and many states hit by increasing infections after lockdowns were eased.

Hospital beds are full in parts of Texas, while calls for fresh stay-at-home orders are growing. Some mayors say their cities reopened too early, as President Donald Trump tries to downplay the disease that has gripped much of the country.

India faces similar challenges as it clocked a record daily number of cases across a vast nation where medical facilities are uneven and many Covid-19 infections are likely to be undiagnosed.

The pandemic has killed at least 531,789 people worldwide since it surfaced in China late last year, according to an AFP tally on Sunday based on official sources.

More than 11 million people have been infected in 196 countries and territories.

After the United States, Brazil is the hardest-hit country with 64,867 deaths, followed by Britain, Italy and Mexico.

Across the US, the annual July 4 holiday weekend was overshadowed by growing evidence that the country’s fractured response has exacted a heavy price across the south and west, after previous hotspots such as New York emerged from the worst of the virus.

“Our hospitals here in Harris County, Houston, and 33 other cities… they’re into surge capacities. So their operational beds are taken up,” said Lina Hidalgo, chief executive of Harris County, which includes Houston, Texas.

“Restaurants are still open. Indoor events can take place no matter the size,” she told the ABC TV channel. “What we need right now is to do what works, which is a stay-home order.”

Steve Adler, the mayor of Austin, Texas, also expressed concern that the healthcare system could buckle as the disease spreads rapidly.

“If we don’t change the trajectory, then I am within two weeks of having our hospitals overrun. And in our ICUs, I could be 10 days away from that,” he told CNN.

Phoenix city mayor Kate Gallego said, “We opened way too early in Arizona” state. She suggested that a new stay-at-home order should be issued.

In India, the health ministry announced on Monday that 697,358 cases had been recorded, a rise of 24,000 in 24 hours, taking it past Russia to become the third-hardest-hit nation in the global pandemic.

India’s tally is not expected to peak for several more weeks and experts predict the one million figure will be passed this month.

The country has registered 19,963 deaths from the virus, a much lower number than many other badly hit countries.

India’s major cities have been worst hit by the pandemic. New Delhi and Mumbai each have about 100,000 cases, with 3,000 dead in the capital and nearly 5,000 in Mumbai.

New Delhi has opened a new 10,000-bed temporary virus hospital while other cities are tightening restrictions on movement to head off a new surge in cases.

The Kerala state capital, Thiruvananthapuram, imposed a new lockdown from Monday with public transport shut and only pharmacies allowed to open. The clampdown came after hundreds of new cases were reported across the state, which had been praised for its action to curtail the pandemic.

One high-profile victim of the global shutdown – the Taj Mahal – will remain closed, it was announced Sunday.

Other countries are also battling a resurgence of the virus, including South Africa, where dozens of military medics were deployed on Sunday after a surge in infections in East Cape province.

Like India, South Africa imposed some of the strictest stay-at-home measures in the world in late March in a bid to limit the spread of Covid-19, but the number of infections is rising daily as the lockdown rules are gradually eased.

Iran announced 163 new deaths, the country’s highest official one-day toll since the outbreak began, while Morocco discovered an outbreak in a fish-canning factory, with 300,000 inhabitants placed under lockdown.

And Latin America continued its grim battle with the virus, with Chile passing 10,000 deaths on Sunday, while Mexico has had 30,000 fatalities.