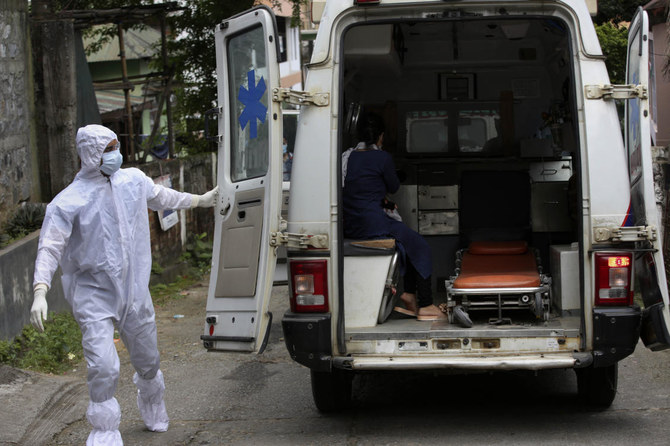 The health ministry reported just under 25,000 cases and 613 deaths in 24 hoursThe sharp rise came as Delhi started treating patients at a spiritual center converted into a sprawling isolation facility and hospital with 10,000 beds

India added a record number of coronavirus cases Sunday, approaching Russia as the world’s third-most infected nation as it opens a mass treatment center in the capital to fight the pandemic.

The health ministry reported just under 25,000 cases and 613 deaths in 24 hours — the biggest daily spike since the first case was detected in late January.

The sharp rise came as Delhi started treating patients at a spiritual center converted into a sprawling isolation facility and hospital with 10,000 beds, many made of cardboard.

About the size of 20 football fields, the facility will treat mild symptomatic and asymptomatic cases.

State government officials fear the metropolis could record more than half-a-million cases by the end of the month.

India’s surge took the total tally to more than 673,000 cases and 19,268 deaths, with the country on the cusp of surpassing badly-hit Russia.

A strict lockdown in place since late March has gradually been lifted, allowing most activities as the economy nose-dived amid the shutdown.

Authorities have made wearing masks mandatory in public places, while large gatherings are banned and shops and other public establishments are required to implement social distancing.

The western state of Maharashtra, the worst-hit state and home to financial hub Mumbai, recorded over 7,000 new cases.

The national government says it has tackled the virus well but critics allege India is conducting very few tests, leaving the true scale of the pandemic unknown.