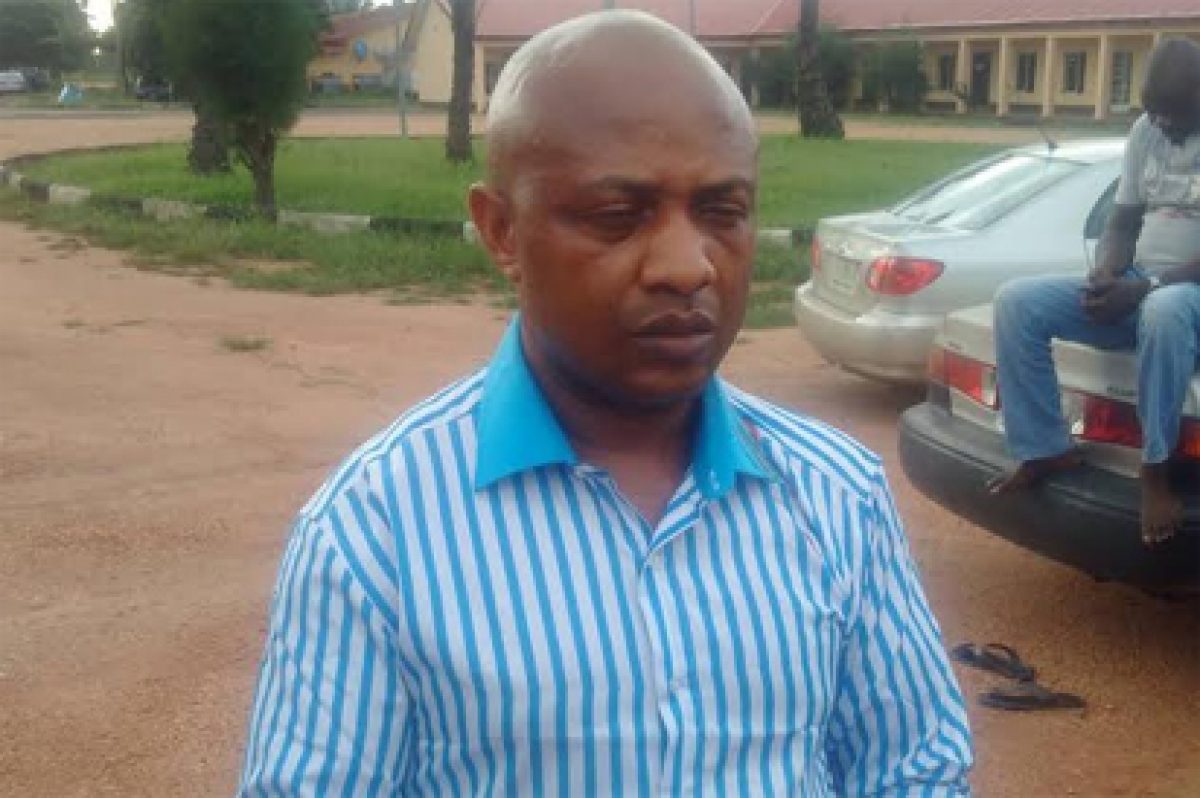 The alleged billionaire kidnapper, Evans has gone broke and cannot pay his legal fees, it has been reported.

It has been reported that Justice Hakeem Oshodi of an Ikeja High Court has ordered the Lagos State Office of the Public Defender (OPD) to takeover defence of alleged kidnap kingpin, Chukwudimeme Onwuamadike aka Evans due to his inability to afford his legal fees.

Daily Post reports that on Friday, Attorney-General, Moyosore Onigbanjo (SAN), informed the court that his team telephoned the law chambers of Ladi Williams (SAN) and Co., who represented Evans on the last court date.

Onigbanjo disclosed that they were informed that Evans had not “perfected their brief”.

Evans, first arraigned alongside others on August 30, 2017, has changed lawyers more than three times during the course of his trial.

Justice Oshodi said Evans had developed a habit of engaging the services of lawyers that “disappeared halfway through trial.”

This, he decried, has caused delays in the case.

He stated that the court “will not breach Section 36(6) of the 1999 Constitution by going ahead with today’s business of the court which is the hearing of the no-case submissions”.

However, the second defendant, Uche Amadi, did not file a no-case submission.

Defence counsels, Roger Adewole, Olanrewaju Ajanaku, M.C Izokwu and Emmanuel Ochai, informed the court that no prima facie (correct until proven otherwise) case had been made against the defendants by Lagos State.

They prayed the court to dismiss the case against the defendants.

Justice Oshodi adjourned until August 14 for ruling and possible continuation of trial.

The defendants are standing trial over the alleged kidnap of Donatius Dunu, the Chief Executive Officer of Maydon Pharmaceutical Ltd.

The prosecution said the defendants allegedly kidnapped Dunu along Ilupeju Road, Lagos on February 14, 2017 and collected 223,000 Euros (N100million) as ransom from his family.

But the captive escaped and alerted the police while being held by his abductors who requested additional money even after the initial ransom was paid.

Witnesses including Dunu have testified against Evans and accomplices.

On January 10, 2020, the prosecution closed its case against the defendants.