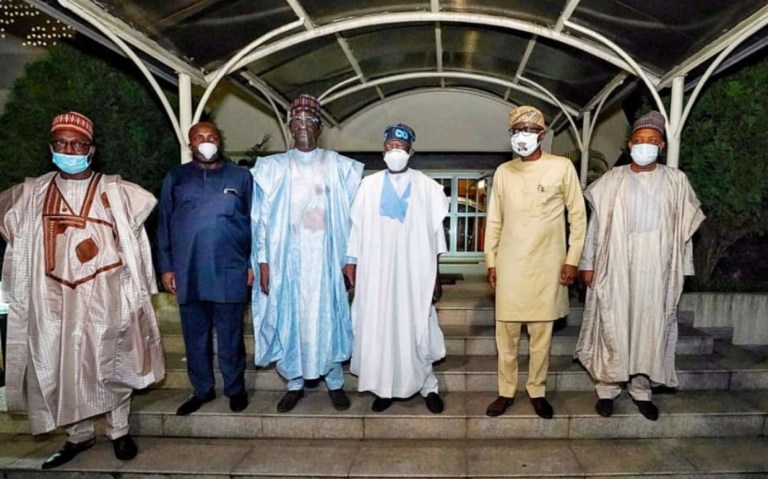 Members of Caretaker Committee of the All Progressives Congress (APC) on Thursday evening held a closed-door meeting with National Leader of the party, Asiwaju Bola Tinubu at his Bourdillon Home, Ikoyi, Lagos.

The meeting is ongoing at Tinubu’s residence in Bourdillon, Ikoyi, Lagos, Southwest Nigeria.

Others at the closed-door meeting include Secretary of Caretaker Committee of APC , Senator Akpan Udo-Edehe and APC Campaign Committee for Edo Election, Governor Babajide Sanwo-Olu.

This is coming few hours after members of Caretaker Committee met with former Interim National Chairman of the party, Chief Bisi Akande.

Bisi Akande, who also chairs the party’s National Reconciliation Committee, was a former Osun Governor, at Ila Orangun, Osun State which is his country home. The meeting which lasted for about an hour was said to have dwelled on the assignment given to the committee.

As part of task before it to reconcile aggrieved party stalwarts, the session was all about how to reconcile and reshape the party in the overall interest of all.

The Caretaker Committee was set up by the APC following the dissolution of the National Working Committee of the party on the recommendation of President Muhammadu Buhari.

Buni was appointed chairman of the committee.

The committee had been on reconciliation move which saw them visiting key leaders of the APC.