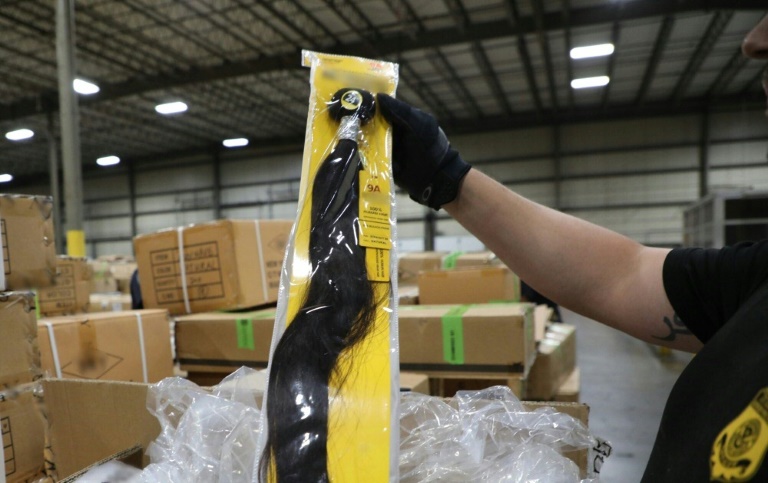 US customs officials said Wednesday they had seized a shipment of products made from human hair believed to be made by Muslims in labour camps in China’s western Xinjiang region.

They were part of an $800,000, 13-ton shipment from Lop County Meixin Hair Product Co. US Customs and Border Protection ordered on June 17 that the company’s goods be held on grounds it uses prison and forced labour, including from children.

“The detention order is intended to send a clear and direct message to all entities seeking to do business with the United States that illicit and inhumane practices will not be tolerated in US supply chains.”

Lop County Meixin was the third Xinjiang exporter of human hair — typically used in weaves and extensions — to be blacklisted in recent months for using forced labour.

The announcement came as the US State, Commerce, Treasury and Homeland Security departments warned US businesses to beware importing goods through supply chains that involve forced or prison labour in Xinjiang and elsewhere in China.

And they also warned companies against supplying surveillance tools to be used by authorities in Xinjiang or aiding in the construction of facilities used in the mass detention of Muslims and minorities in the province.

The Chinese government “continues to carry out a campaign of repression in Xinjiang, targeting Uyghurs, ethnic Kazakhs, ethnic Kyrgyz, and members of other Muslim minority groups,” the State Department said.

Businesses that expose themselves to this “should be aware of the reputational, economic, and legal risks,” they said.