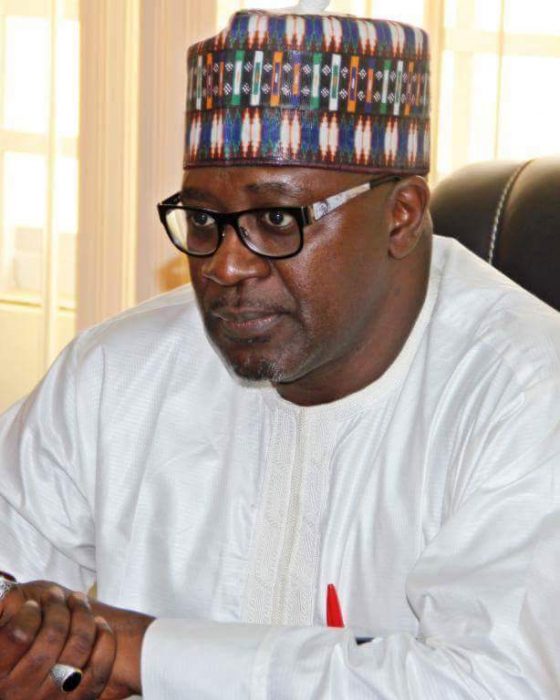 The Independent Corrupt Practices and other related offences Commission on Wednesday, re-arraigned the suspended Director General of the National Broadcasting Commission, Moddibo Kawu, on five counts of N2.5bn fraud and abuse of office.

The case involves of N2.5bn allegedly misappropriated in the course of disbursing the seed grant for Federal Government’s Digital Switch-Over project.

Kawu was re-arraigned alongside two other defendants, Dipo Onifade and Pinnacle Communications Limited at the Federal High Court in Abuja.

The re-arraignment followed an amendment made to the original 12 counts to remove the name of a deceased defendant, Lucky Omoluwa, who was the Chairman of Pinnacle Communications.

The number of counts also reduced from 12 to five.

The re-arraigned defendants pleaded not guilty to five counts on Wednesday.

Justice Folashade Giwa-Ogunbanjo had in her June 3, 2020 ruling dismissed the no-case submission filed by Kawu and his two co-defendants, and ordered them to open their defence on Wednesday.

But Kawu’s lawyer, Adetayo Adeyemo, and the counsel for Pinnacle Communications, Abayomi Oyetola, said they had applied for stay of proceedings based on the appeals they filed against the court’s ruling dismissing their clients’ no-case submission.

Onifade’s lawyer, Dr. Alex Iziyon (SAN), too, said he had filed an application to challenge the provision of Section 306 of the Administration of Criminal Justice Act, 2015 which prohibits courts from granting stay of proceedings in any criminal case.

The judge adjourned the case till September 28.