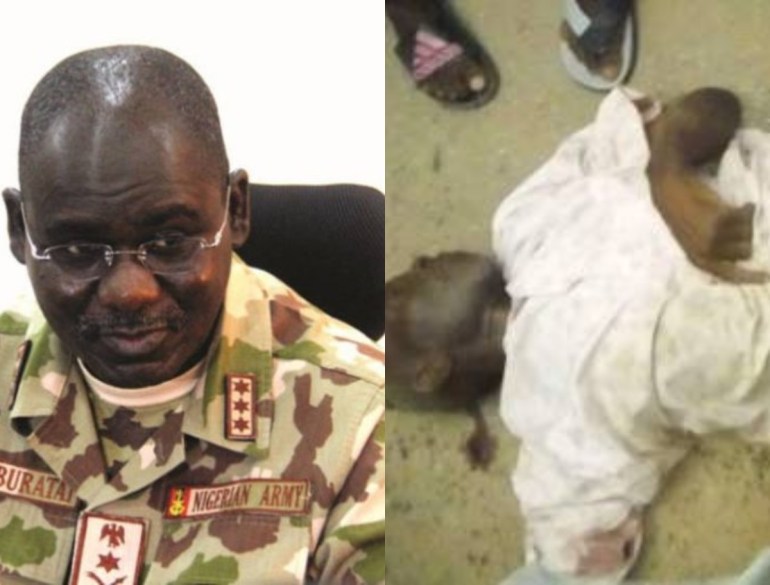 It was alleged that the convoy abandoned the corpse of the deceased on the road and drove away.

SaharaReporters gathered that the victim, who was sharing wedding invitations at the time of the accident, died on the spot.

It was gathered that the accident occurred around Mani House Junction within the Katsina metropolis.

A source told SaharaReporters that the convoy abandoned the corpse of the deceased on the road and drove away.

Buratai was at the Forward Operating Base, Daura, hometown of President Muhammadu Buhari, as part of efforts to combat banditry and ensure lasting peace and security in the state and the North-West region.

The Chief of Army Staff during a visit to Governor Aminu Bello Masari at the Government House said he will remain in Katsina State for sometime to coordinate and supervise operations in Rugu Forest and beyond.

He assured that the operations against the bandits will continue to rid the region of hoodlums.