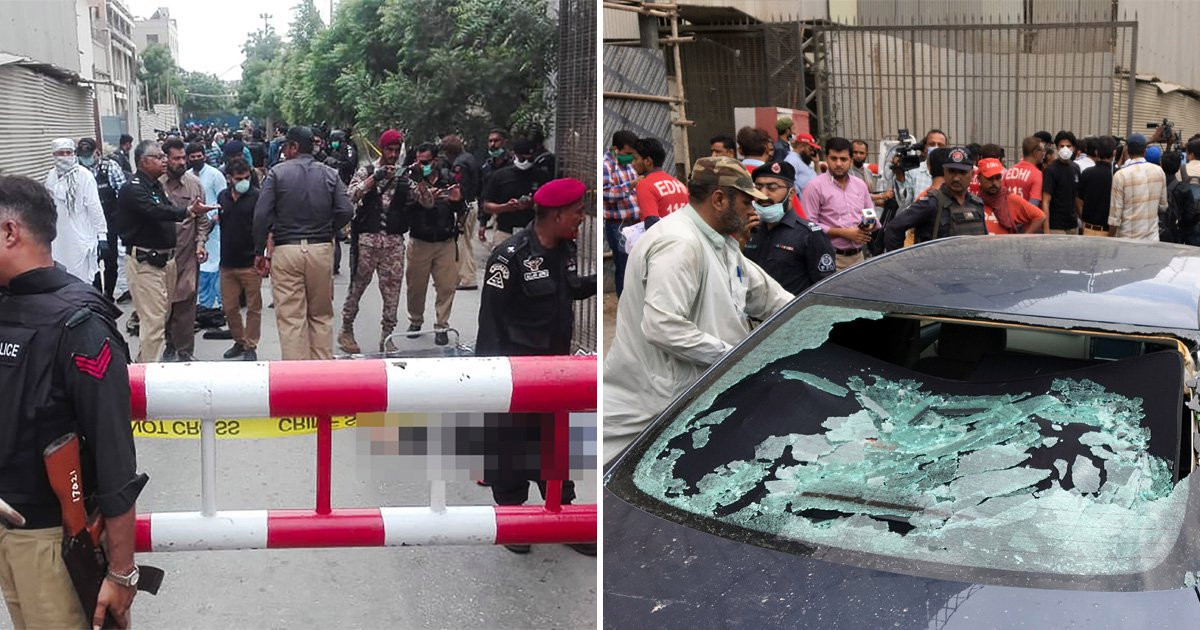 At least seven people have been killed after gunmen stormed the Pakistan Stock Exchange (PSX) in the southern city of Karachi, firing indiscriminately as they entered the building complex, rescue officials say.

All four attackers had been killed by police and security forces responding to the attack, said Faisal Edhi, head of the Edhi charity and ambulance service which serves the city.

“The attackers had hand grenades with them. Two of them were killed at the gate, and two were killed further inside the building complex,” said Edhi, whose office is located opposite the PSX in Karachi’s main commercial district.

“We were hearing explosions going off [from our building],” he said.

The dead include the four attackers, a policeman and two civilians, said Edhi. Seven others had also been wounded in the attack, he said.

Senior police official Sharjeel Kharal told reporters outside the PSX building that the security operation to clear the building was complete.

“Right now the information is of four [attackers], all four killed. One sub inspector was killed and three policemen were wounded, and two of the stock exchange’s guards were wounded as well,” he said.

The Baloch Liberation Army armed group claimed responsibility for the attack in a statement released while the security operation to clear the building was ongoing.

The southwest province of Balochistan – Pakistan’s largest – has seen a decades-long rebellion by the Baloch ethnic minority for independence.

‘We are all terrified’

Witnesses who were working inside the building at the time of the attack described hearing heavy gunfire and explosions as the attackers entered the complex.

“We are all terrified,” said Abid Habib, director of the Pakistan Stock Exchange. “There was gunfire and everything, and suddenly everyone was rushing to the windows to see what is happening.

“Because the firing was close by, everyone was very worried, and we closed our outside doors.”

Security forces responded to the attack, and paramilitary Rangers were clearing the building, Habib said.

Video footage of the attack – shot by an office worker in a building opposite the PSX complex and obtained by Al Jazeera – showed four attackers dismount from a car and take up positions at a security barrier to the building, firing at security guards.

Trails of blood were splattered across the stairs and an adjoining corridor of the building, two other videos and images sent by workers inside the building showed.

The PSX is Pakistan’s main stock exchange, with more than 2,000 employees normally working in the building for the Exchange and associated trading companies.

Employee turnout was lower on Monday due to the coronavirus pandemic, with many companies opting to allow their workers to work from home, said Habib.

Trading on the PSX continued uninterrupted throughout the attack on Monday, traders and equity analysts told Al Jazeera, as the stock exchange operates through an online system.