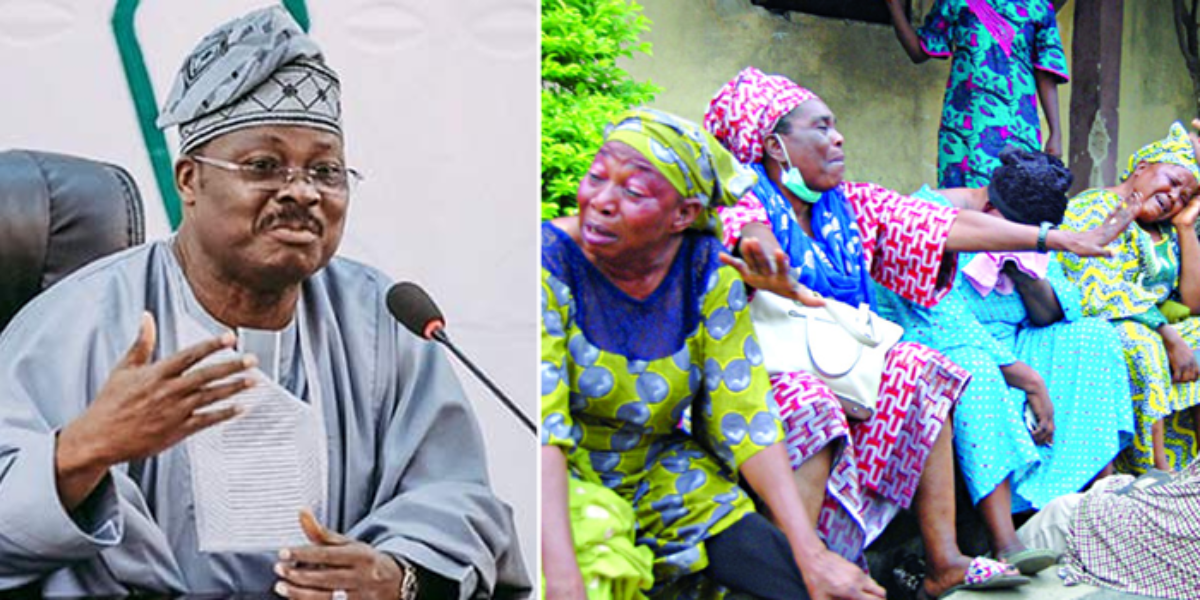 Sympathisers in their hundreds on Thursday evening stormed the private residence of former Oyo State governor, Abiola Ajimobi, located at Oluyole estate following the announcement of his demise.

The mourners, many of who said they thought the death news was a rumour, were seen weeping at the residence.

Meanwhile, a family source said the corpse is expected to arrive Friday morning from the Lagos hospital, where he breathed his last. The source said arrangement for the burial was ongoing at the time of filing this report.

Mr Ajimobi, an APC chieftain, died at a private hospital in Lagos after spending weeks in intensive care for coronavirus complications, according to Akin Alabi, a federal lawmaker and political associate of the former governor’s. He was 70.

Mr Ajimobi’s passing came a week after he was rumoured to have died at the same private hospital. That rumour turned to be false.

Mr Ajimobi was a senator from 2003 to 2007. After unsuccessful attempts, he was ultimately elected governor in 2011 and re-elected in 2015, becoming the first Oyo State governor to serve two terms.

He was survived by his wife and children.