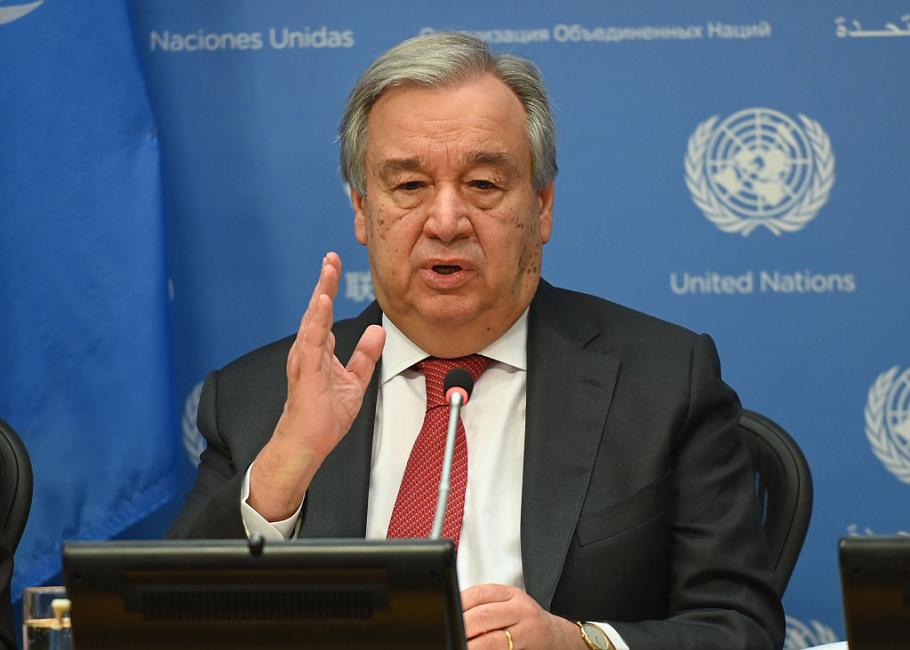 “If implemented, annexation would constitute a most serious violation of international law, grievously harm the prospect of a two-State solution and undercut the possibilities of a renewal of negotiations,” Guterres said in a statement Wednesday.

Guterres also called on Israel and Palestine to come back to the table to work to find a two-state solution as defined by international law under the pre-1967 borders that Israel seized during the Six-Day War.

Prime Minister Benjamin Netanyahu is aiming to have the annexation of the West Bank start by July 1. Under President Trump’s new peace proposal for the region, the Trump administration would break from the United Nations and view the Jewish settlements in the West Bank and Jordan Valley, as a part of Israel.

White House officials have reportedly started discussing whether they will give Israel the go-ahead by that timeframe, according to a report by Reuters Tuesday.

Under new terms agreed upon in Israel by the current unity government, Netanyahu is only supposed to move forward with the annexation of parts of the West Bank and Jordan Valley in coordination with the U.S. in order to ensure stability in the region.

Speaking from a press conference with Netanyahu in May on Israel’s annexation plans, Secretary of State Mike Pompeo said, “There remains work yet to do, and we need to make progress on that.”

But Pompeo reportedly told reporters Wednesday that decision was “Israeli’s to make.”

The international community has condemned the annexation and the support of the United States in aiding with the process.

“Annexation could irrevocably alter the relation of Israeli-Palestinian relations. It risks upending a quarter of a century of international efforts and support of a future viable Palestinian state,” Nickolay Mladenov, special coordinator for the Middle East Peace Process, said Wednesday.

The Secretary of State could not be reached for comment on the progression of Israel’s annexation of parts of the West Bank and Jordan Valley.