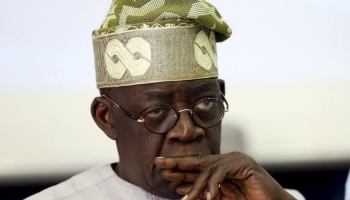 Bashir Ahmad, the Personal Assistant on New Media to President Buhari, has revealed why Bola Ahmed Tinubu will not be attending the APC’s National Executive Committee meeting scheduled to hold on today.

The NEC meeting was convened by acting national chairman of the party, Chief Victor Giadom, and rumours had claimed that the acting chairman banned Tinubu from attending the meeting, a claim that has turned out as false.

Clearing the air on the matter, Bashir Ahmad tweeted that Tinubu will not be attending the meeting because he is not a member of the national executive committee of the party.

“There are some people who need to know that the National Leader of the APC, Asiwaju Bola Tinubu is not a member of the National Executive Committee (NEC) of the Party, hence, he doesn’t attend the NEC Meetings. This is very clear!”

Bashir’s statement is coming shortly after the NWC of the party alongside members of the party loyal to the Tinubu/Adams Oshiomole faction of the party declined to attend the virtual meeting with the President.

On Wednesday evening, President Buhari declared support for Victor Giadom, backing him as the acting national chairman because ‘the law was on his side’.