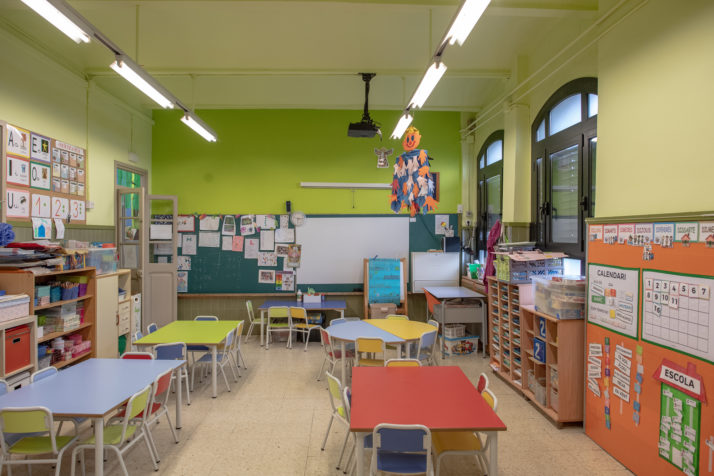 All schools in Belgium will resume on-site teaching from the start of the new academic year in September, the three education ministers said on Wednesday.

The return to school will follow a colour-coded system based on different risk scenarios which will apply to all class levels from kindergarten to secondary education and will include the use of face masks and social-distancing.

In all scenarios, all kindergarten and primary school pupils will attend school for five days a week, the Flemish, Francophone and German-speaking Community education ministers told reporters on Wednesday evening.

“Coronavirus will remain a reality when the new school year begins, it was important for us to be prepared with different risk scenarios,” Caroline Désir, the education minister for Francophone schools in Belgium, said.

Flemish education minister Ben Weyts said that the measures were “drastic” but that they allowed them to reach their goal of reopening schools to all students and uphold their right to learn.

Désir said that the decision was based on experts’ advice that children under the age of 12 were considered to be at lower risk of catching or transmitting the virus.

For students in secondary education, the current plan means they will go to school four days a week and distance-learn on Wednesdays, with Désir saying that only in the green scenario would they also be able to attend class five days a week.

“Currently, we believe the return to school in September will be done under the yellow scenario,” she added.

Green: All students would go to school five days a week. All contacts would be possible again but hand hygiene would remain strictly enforced. This scenario would apply when the health situation is normalised: when there is a vaccine available for the new coronavirus (Covid-19) or when herd immunity has been attained.

Yellow: All kindergarten and primary school students would attend school five days a week. Secondary school students would go fur days per week and work from home on Wednesdays. The yellow scenario will require all pupils to wear a mask when social-distancing cannot be observed. The ministers said the yellow scenario was the current one, where the spread of the virus was limited.

Orange: Secondary school classes would be halved with each half-group attending school coming to class on a rotating basis week by week. Kindergartens and primary schools would continue to teach on-site to all pupils. This scenario would apply when the virus’ spread begins accelerating.

Red: The highest-risk scenario would still see secondary school halved and follow the same rules as the orange scenario, with stricter hygiene rules and with contacts between pupils and teachers limited as much as possible.

“In all case scenarios, kindergartens and primary schools will always remain open,” Désir said. “We will not close them down regardless of how the epidemic evolves.”

“A class or an entire school would only be closed down if there is a positive Covid-19 case in a group,” she added.