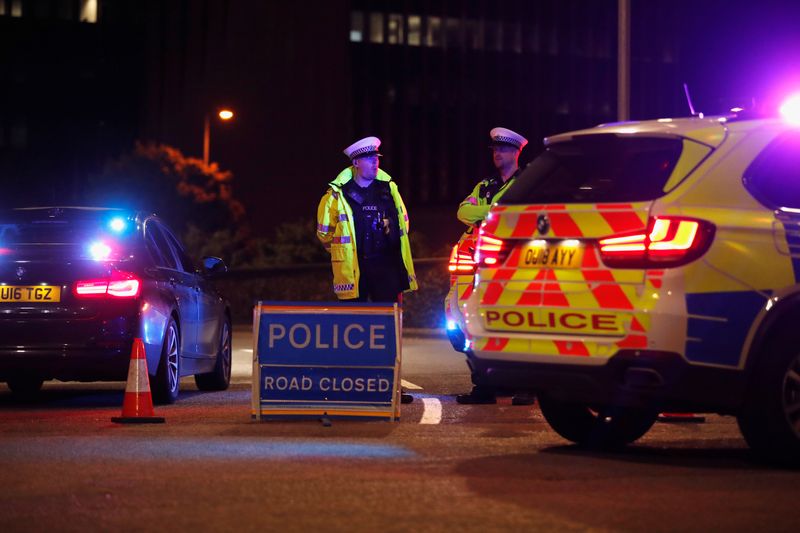 British police said Sunday they were keeping an open mind about what prompted a lone suspect to stab three people to death in a park filled with families and friends relaxing in the southern English city of Reading.

They made no reference to reports that the man was a Libyan national.

Footage showed what appeared to be a large number of counter-terror police performing a controlled explosion at a residence where the suspect is believed to have lived.

“Officers are keeping an open mind as to the motivation for the incident and are being supported by colleagues from Counter Terrorism Policing South East,” the police said after launching a murder investigation.

“We are not looking for any other people in connection with this incident.”

Prime Minister Boris Johnson condemned the “appalling incident” and top politicians expressed sympathies for those hurt at Forbury Gardens — a popular park situated next to the ruins of the 12th-century Reading Abbey.

A Black Lives Matter protest took place at the park earlier but police said there was no indication the two were linked.

“In terms of the protest and the people who attended from Black Lives Matter, we’re all safe,” the Reading BLM event organiser Nieema Hassan said on Facebook.

“None of us are affected. We had all left by the time this happened.”

One witness described a lone assailant walking through a park filled with people relaxing on the grass and stabbing them at random.

“The park was pretty full. A lot of people sat around drinking with friends,” Lawrence Wort told the Press Association.

“One lone person walked though, suddenly shouted some unintelligible words and went around a large group of around 10, trying to stab them.”

Wort said he saw three people being stabbed “in the neck and under the arms”.

The assailant then lunged at another group and “got one person in the back of the neck”, Wort said.

Another witness told The Sunday Mirror that one group of people who were attacked were “just in a circle chatting”.

The assailant “was tapping them on the head. Then I thought someone had been sick. But it was blood spraying out,’ said the witness.

Paramedic teams were seen trying to resuscitate the injured as they lay unresponsive on the ground.

Officials said two people were being treated in the emergency department of Reading’s Berkshire Hospital.

Britain has witnessed two terror-related attacks in the past year.

A convicted jihadist who was out on parole after serving a sentence for terror offences was shot dead by police after stabbing five people — two fatally — by London Bridge in the heart of the British capital in November.

Police killed another assailant who injured three people in a London stabbing attack in February.

An overwhelming majority of Britain’s serious crimes are committed with knives and other stabbing weapons because of very strict gun ownership laws.

Johnson’s Conservative government promised to toughen up penalties for terror-related crimes after winning a sweeping mandate in a December general election.