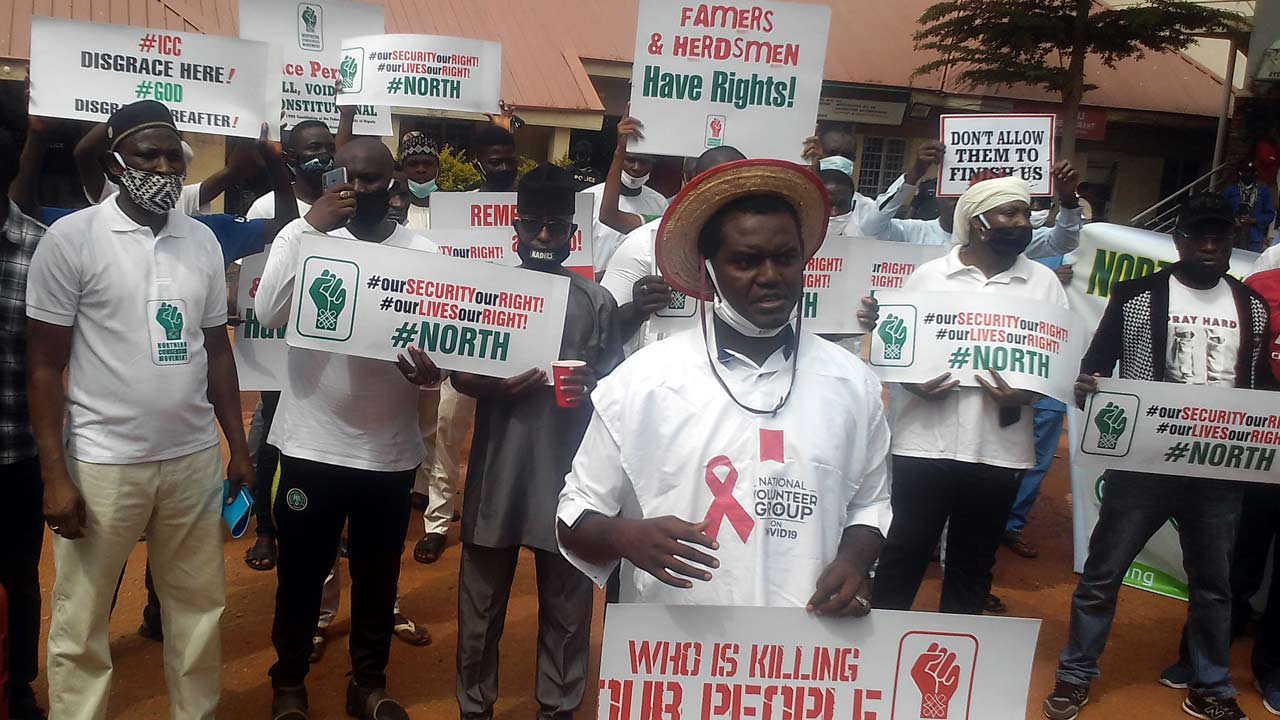 Except the Federal Government moves swiftly and takes firmer action against criminal elements perpetrating insecurity and holding the country to ransom, bedlam may ensue as Nigerians may resort to self-help since the government cannot guarantee the safety of lives and property.

Security experts, who spoke to The Guardian, deplored the escalation of urban crimes, banditry, terrorism and kidnapping in the country, and urged immediate action, including making the presence of security agencies felt at the grassroots, as well as the sacking of service chiefs, whom President Muhammadu Buhari, last week, reprimanded for their failure to curb the worsening insecurity.

According to Col Hassan Stan-Labo (rtd) and Captain Umar Babangida (rtd), with the military high command appearing to be at its wits’ end, not much may be achieved with the present crop of service chiefs in the saddle even if a change of tactics is effected.

On his part, a retired Assistant Director of the Department of State Services (DSS), Mr. Dennis Amachree, said rejigging of the security architecture inherited from the British is critical to curbing insecurity.

Specifically, President, Association Of Industrial Security and Safety Operators Of Nigeria (AISSON), Dr. Ona Ekhomu wants Nigerian youths to write to their lawmakers and President Buhari deploring “the insecurity in the land. In May 2018, President Buhari directed the military to wipe out all bandits from Nigeria. That order is yet to be fulfilled. Last month, the President again re-echoed this order. Hopefully, this life-saving operation will be accomplished at this time.”

Stan-Labo, a security consultant maintained that with the manner that things were turning out, the security situation could get worse if “adequate steps are not taken to address the challenge headlong. We have not shown enough capacity in the fight against banditry. Our kinetic approach has remained faulty due to lack of capacity on the part of the security agencies. The absence of vital logistics equipment such as multi-modal mobility assets, all-season and all-terrain transport assets, helicopters, motorcycles, and effective communication gadgets could make penetration and access to bandits in far-flung forest a huge task. If you assemble 2, 000 Armoured Personnel Carriers (APCs) and men along Abuja-Kaduna road without the requisite all-terrain mobility assets to penetrate the non-motorable bush paths into the jungles, you will make little impact in your pursuit of the bandits.

“Our inability to adequately deploy men in strength to vulnerable communities in far-flung parts of the country remains a huge setback in our fight against banditry and insurgency. It beats my imagination why we aren’t in a haste to beef up strength in the military. Could it be deliberate or what’s responsible. We seem to have problems establishing more training institutions,” he stated.

READ  Why Sanusi Was Removed As Kano Emir – State Government

Stan-Labo added: “I think the service chiefs should go to allow for fresh hands and new ideas. They have served their motherland creditably well; they have shown diligence and commitment. They deserve a standing ovation from Nigerians…From all I see now, a change in strategy and tactics can only come with fresh hands on board; another set of dare-devil leaders at the top hierarchy of the military, with a readiness for out-of-the-box-thinking will do the trick.”

He noted that the introduction of state and community policing could go a long way in accelerating the security situation on the ground, as the police would gradually come to term with functioning in a proactive partnership with host communities in identifying criminals and undesirable elements.

“To effectively address the problem of terrorism and prevent terror activities efficiently, government must pay more attention to the issue of manpower in the Nigeria Police. It is against this backdrop that the President’s directive on the recruitment of additional 10,000 men by the police should be commended.”

Asked whether the continuous stay in office of the service chiefs in any way constitutes a hindrance to the war against terrorism, Captain Babangida said: “It’s not about hindrance or the lack of it, rather it is about results. A service chief is not a life appointment. In fact, there is a strategic angle to it. A football team is made up of strikers, midfielders, wingers, defenders, etc. These players are so classified based on their strengths and skills set. It is not different in warfare, or leadership if you like. Generals too have strengths. So, depending on what needs to be done, or the nature of the operation, or theatre of operations at all levels of the military, a peculiar mix of psycho-social, and professional strengths must come into play. A general could be any of many skills set (professional and psycho-social), but certainly never all.

If you look at military story, it becomes a little clearer, the Gulf War (Desert Storm and Desert Shield), and Nigeria’s ECOMOG operations in Liberia saw a succession of generals deployed to command periods or life-cycles of the operations. Such deployments are done with a mission objective in mind, at the closure of which a suitable general for the next phase (whatever that may be) is sourced and deployed.

“In my modest opinion, the present set of service chiefs were stabilisers. They provided the stabilising effect required to re-anchor, position, and rebound our troops in 2015, which they achieved within a remarkably short period of time. Thenceforth and to date, what is needed is a consolidation phase of the operations, and a consolidator to move the theatre of operations, to and through its next cycle of life, lest it begins to lose traction and feats, as is seemingly the case, albeit piecemeal.”

He also cautioned that the tactical or strategy of the situation are best left to the field commanders. “What the Commander-in-Chief needs to do is chart a course and timeline, identify milestones and performance indicators (call these expectations if you like), allocate resources as may be required, then go shop for the generals, who can deliver these to time, budget and specification. There is no shortage of generals in the Nigerian Armed Forces, but the onus of responsibility for proficient results delivery lies with the President. He, and not the service chiefs, is answerable to 200 million Nigerians. It’s all up to him.”

Insisting that the service chiefs do not so much constitute the problem in the security milieu, as much as the security architecture does, Amachree, a Member of the Order of the Niger (MON) stressed that “the Senate holds the key to solving this problem of insecurity once and for all. May I ask how many times the Senate has invited the security chiefs to come before it? What was the resolution? Were the promises fulfilled? We cannot continue blaming security agencies, who have been losing very brilliant officers and men in the war front.

“Nigeria has very large expanse of ungoverned spaces (spaces where there are no single law enforcement presence). Add this to the thousands of illegal routes along our porous borders and you can see that law enforcement organisation as presently constituted, cannot do much in protecting our lives and property. If we bring law enforcement and security to the grassroots, people will have a sense of belonging and support the security agents in stamping out these threats to national security,” he submitted.

Amachree faulted the Northern Elders Forum (NEF) for narrowing the loss of lives to the North, saying NEF’s view could be said to be “parochial because more Nigerians have lost their lives now than during the civil war. Nigerians have experienced insurgency for more that 10 years, urban crimes have escalated; banditry and kidnapping is experienced in every state of the Federation; pirates are having an unending battle with our navy in the Gulf of Guinea etc. So, for Prof. Ango Abdullahi to speak only when his kith and kin are affected does not portray him as a statesman that he is supposed to be.”

Ekhomu, a security consultant equally pointed out that despite the epicentre of banditry being North West, states bordering the Rugu forest including, Katsina, Kaduna, Zamfara, Kebbi and Niger have also witnessed deadly attacks, even up to Sokoto.

“The problem is clearly a national problem as it goes beyond the North West region. Some bandits even come down south to kidnap. In addition to Nigerian collaborators, most of the terrorists are Malians, Nigeriens, Sudanese, Chadians and other nationals from the highly volatile Sahel region. They have been engaged in arms trafficking, drug trafficking, women trafficking and cigarette trafficking for a long time in the Sahel.

“Due to worsening and lax control of the northern borders, and due to the ECOWAS protocol on free movement of persons, these Sahelian terrorists have infiltrated forests in Nigeria from Sokoto State in the North to Rivers State in the South. These are the same terrorists who emerge from the forests unto the highways, open fire on oncoming vehicles, and kidnap the survivors of their deadly assault in order to demand ransom…”

Ekhomu, who called on Nigerians to support the service chiefs in carrying out the onerous responsibility of safeguarding the nation, however, regretted the killing of citizens for volunteering information to the military.

“It is to be expected that if citizens give information about insurgents to the authorities they may be punished, or even killed for the effrontery. The question is: how did the insurgents know who gave information about them? In other words, there are betrayers within the military giving information to insurgents. This leads us to the obvious fact that the war against terrorism, banditry and insurgency will be won through intelligence. The sooner our security and police officials realise this the better. Responding to ongoing terror attacks is important. However, learning of planned terror attacks is even better as the plots could be nipped in their budding stages. The banditry, terrorism war in Mali, which is a result of internecine violence between the Fulani and Dongon ethnic groups should be instructive for Nigeria. A word is enough for the wise.”