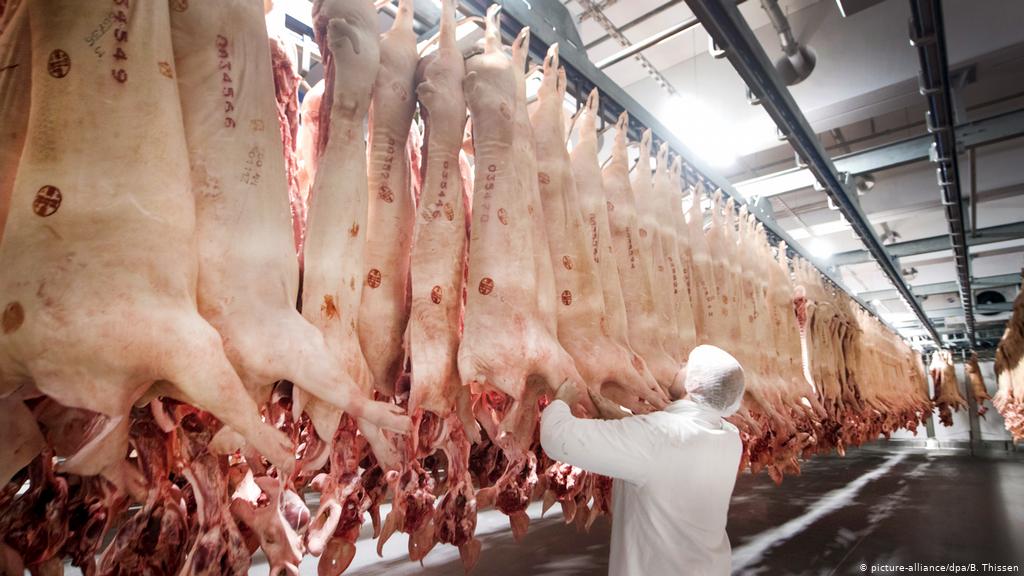 Hundreds of workers have tested positive for COVID-19 at a slaughterhouse in northern Germany, prompting to the closure of local schools and an urgent investigation.

Toennies, one of Germany’s biggest meat processors, said it had stopped slaughtering on Wednesday and was shutting the abattoir in stages.

More than 1,000 workers were tested and a total of 657 people tested positive for coronavirus, DW News reported.

And around 7,000 people in the district of Gutersloh, where the abattoir is located, have been put into quarantine due to possible exposure of the virus.

The local government authority said it would close schools and kindergartens from Thursday as a precautionary measure.

Germany has been relatively successful in containing COVID-19 and announced in May it was tightening rules on abattoirs.

Labour minister Hubertus Heil said it decided to ban the subcontracting of meat-packing work through employment agencies after a series of coronavirus outbreaks among slaughterhouse workers.

Toennies said in a statement that the plant’s reopening would depend on what the authorities decide.

A spokesman for the plant, Andre Vielstadte, said at a press conference: “We can only apologise”.

He added that the business had worked “intensively” to “keep the virus out of the company”.

The company said the positive tests followed an extensive testing programme across its 19 sites in Germany.

Tests at other plants did not uncover any signs of the virus and production elsewhere is continuing, it said.

Germany has registered 4,814 new coronavirus cases in the past 14 days, while 8,927 COVID-19-related deaths have been recorded overall.

Globally, abattoirs have been halted as a result of the coronavirus, with US slaughterhouses and meat-packing plants disrupted after a series of positive tests.

On Wednesday, it was reported that staff at a chicken factory in Wales were self-isolating following an outbreak of COVID-19.