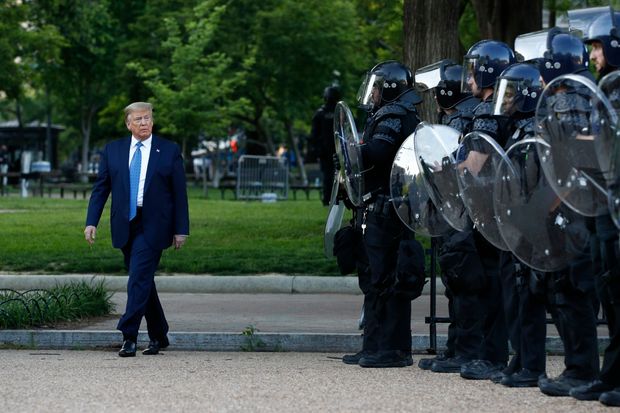 “The goal of this is to bring the police closer together with their communities. We’re not looking to defund the police. We’re looking to invest more and incentivise best practices,” said one official.

“A lot of the police departments that have had problems are not using the most modern standards,” the official said, referring to Minneapolis, where the May 25 killing of George Floyd, a handcuffed black man detained on a minor offense, triggered nationwide protests.

The official said police departments should hire more officers locally and need a database to help them screen out officers with bad histories elsewhere.

Trump is inviting police and the families of victims of police violence to the White House Tuesday to “have the discussion that the country needs to have so that we can turn the anger in the country right now into action, and hopefully bring some unification and some healing,” the official said.

While details were thin, the planned executive order appears to fall far short the reforms Democrats have proposed in Congress, including removing some of the legal immunity that police enjoy, banning potentially lethal chokeholds, and creating a national database of police misconduct.