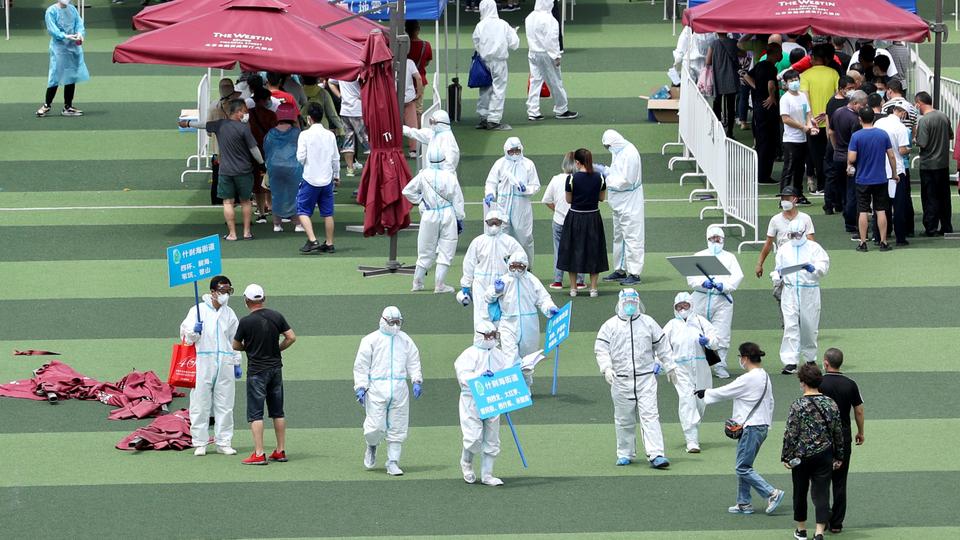 China on Tuesday reported another 27 domestically transmitted coronavirus cases in Beijing, where a fresh cluster linked to a wholesale food market has sparked WHO concerns and prompted a huge trace and test programme.

The new cases bring the number of infections confirmed in the capital over the last five days to 106, as city officials locked down more than 20 communities in the city and tested tens of thousands of people.

All indoor sports and entertainment venues in the city were shut down on Monday, and some other cities across China warned they would quarantine those arriving from Beijing.

The World Health Organisation (WHO) said the new cluster was a cause for concern, given Beijing’s size and connectivity.

“A cluster like this is a concern and it needs to be investigated and controlled — and that is exactly what the Chinese authorities are doing,” WHO emergencies director Mike Ryan said.

Chinese officials said had said Sunday that all cases of infection so far had been linked to the Xinfadi market, which 200,000 people had visited since May 30.

More than 8,000 workers from the market have been tested and sent to centralised quarantine facilities.

Until this recent outbreak, most of the cases in recent months in China have been imported cases brought into the country by Chinese nationals returning home as the pandemic spread to other countries.

On Tuesday, there were another eight imported cases reported.