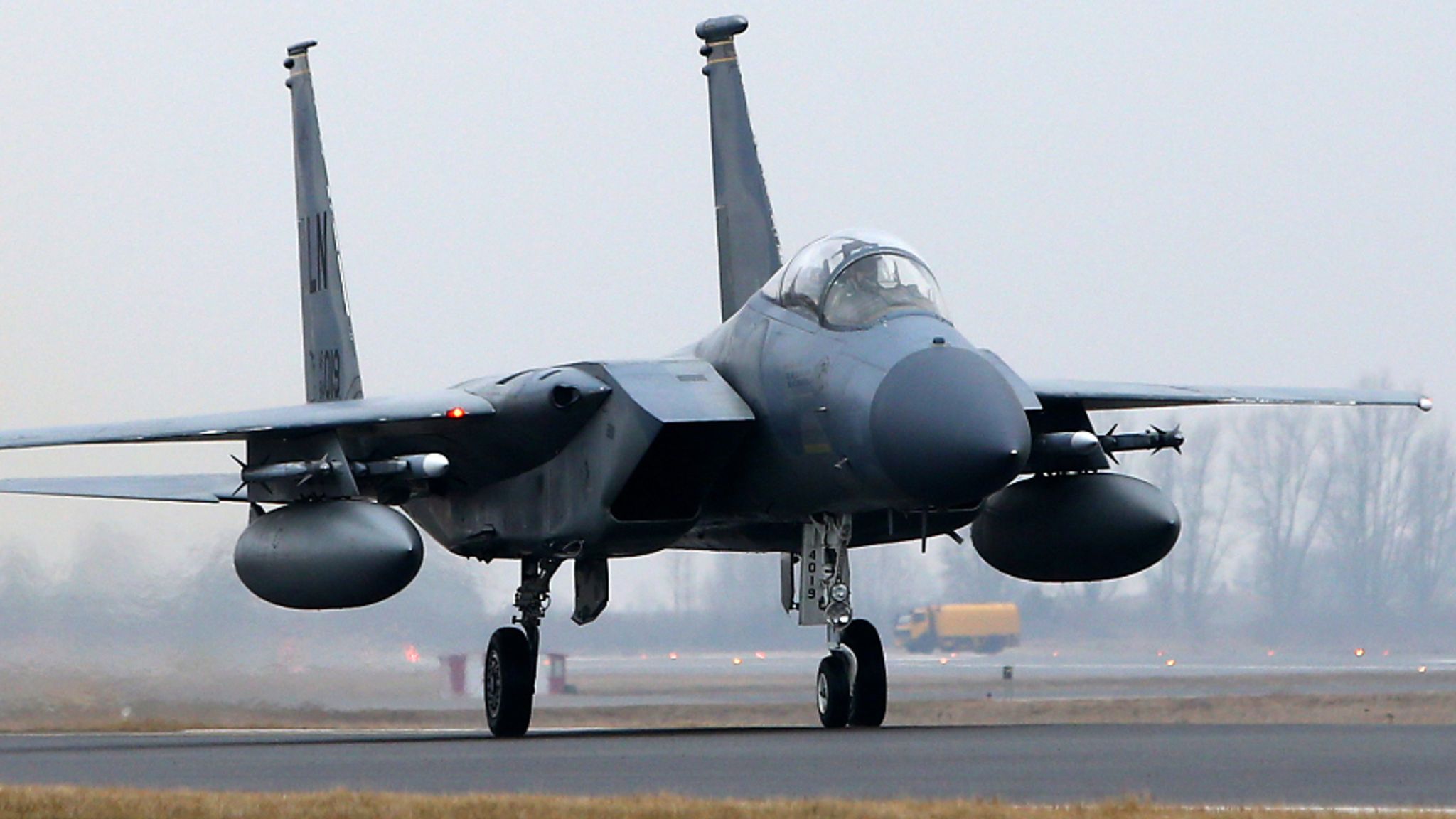 The jet, deployed from Royal Air Force Base Lakenheath in eastern England, northeast of London, crashed at about 4:40 a.m. Eastern.

“At the time of the accident, the aircraft was on a routine training mission with one pilot on board,” the 48th Fighter Wing said in a brief statement, adding that the cause of the crash and the status of the pilot remained unclear.

The Air Force said a British search and rescue team had been called to support the efforts to find the pilot.

Hours before the crash, RAF Lakenheath posted a photo to the base’s twitter account showing F-15s in flight, saying the 48th Fighter Wing was ready to “take on Monday.”