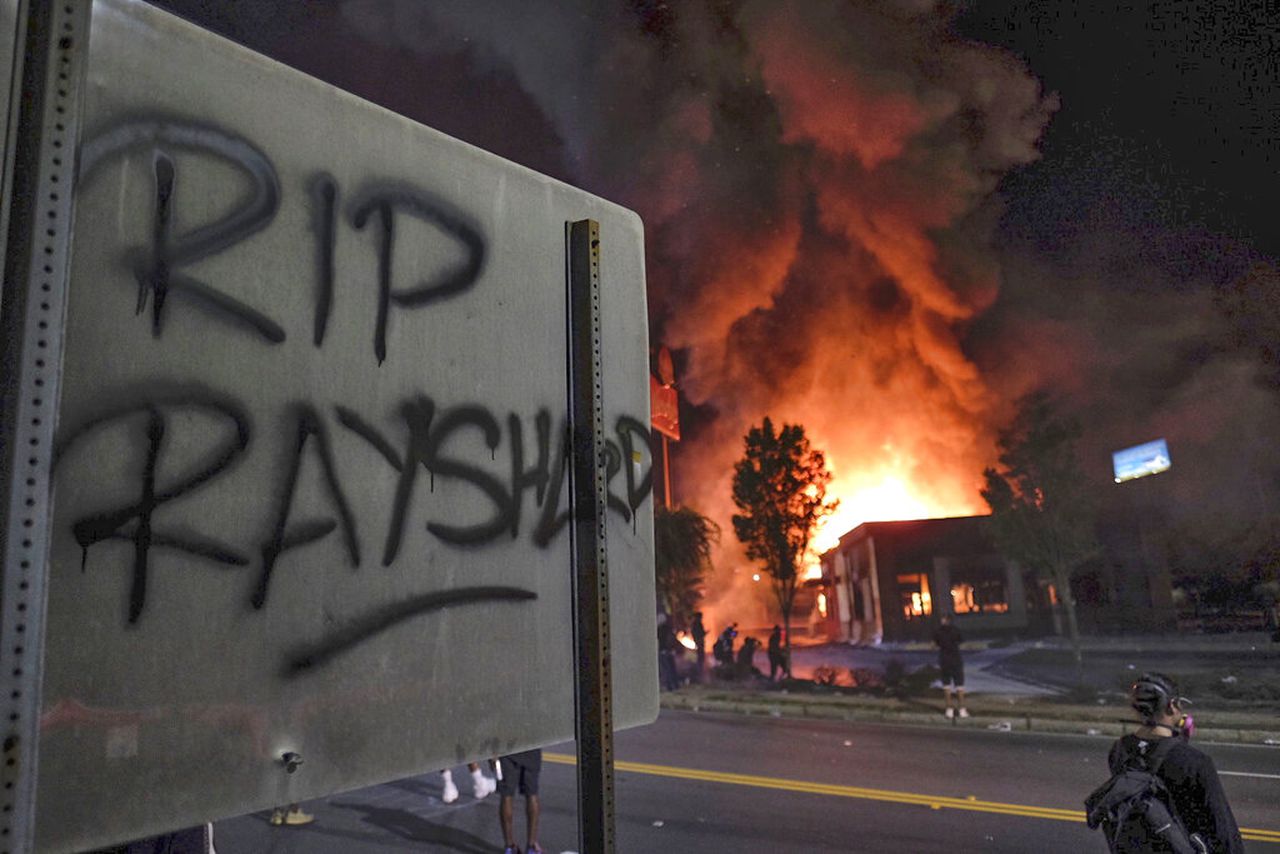 The police chief in the US city of Atlanta resigned after an officer fatally shot a black man during an arrest, the mayor said Saturday, with the new killing injecting fresh anger into protests against racism and police brutality.

This came hours after Mayor Keisha Lance Bottoms — who has been touted as a potential running mate for Democratic presidential candidate Joe Biden — announced the resignation of Chief Erika Shields.

Brooks had been asleep in his car at a Wendy’s fast food restaurant drive-through late Friday, and employees called police to complain he was blocking other customers, an official report said.

He failed a sobriety test and resisted when police tried to arrest him, the Georgia Bureau of Investigation said.

Surveillance video showed “that during a physical struggle with officers, Brooks obtained one of the officer’s Tasers and began to flee from the scene,” the report continued.

“Officers pursued Brooks on foot and during the chase, Brooks turned and pointed the Taser at the officer. The officer fired his weapon, striking Brooks,” it stated.

Brooks was taken to a hospital but died after surgery, it said, adding that one officer was injured.

The police department has fired the officer who allegedly shot and killed Brooks, police spokesman Carlos Campos confirmed late on Saturday. Another officer involved in the incident was put on administrative leave.

The unrest comes as the US faces a historic reckoning on systemic racism, with mass civil unrest ignited by the May 25 killing of another African American man, George Floyd, while in police custody.

Floyd died after a white Minneapolis police officer knelt on his neck for nearly nine minutes.

Protests which spread first around the country then the globe in the weeks since, have forced a conversation on the legacies of slavery, colonialism and white violence against people of color, as well as the militarization of police in America.

Shields had worked for Atlanta’s police department for more than two decades.

“Because of her desire that Atlanta be a model of what meaningful reform should look like across this country, Chief Shields has offered to immediately step aside as police chief,” the mayor said in televised comments.

Bottoms also called for the officer who shot Brooks to be fired.